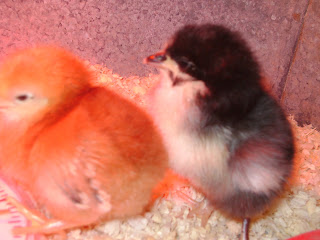 Two years ago I was a novice. Nervous. Excited. Well-read but with no actual hands-on experience. The Six Chix Mix took me by storm through cuteness. There was peckage, coop-building, and eventually, egg-laying. I became enchanted by chickens. Fell in love with their dinosaurean legs and feet, their beady eyes, their dorky walk and constant busyness.

This year so far has seen flock reduction and the beginnings of what will be an invigorated egg-laying contingent.

So far we have 2 wee peeps, with another 2 slated to arrive a week later.
One Rhode Island Red (amazingly, wing feathers already, at the advanced age of 3 days old) 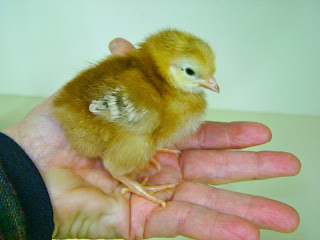 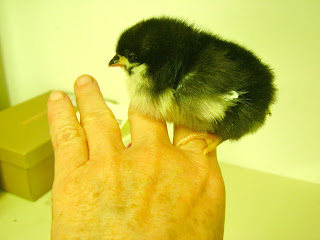