It seemed pretty straightforward.   Get some chicks at the feed store. 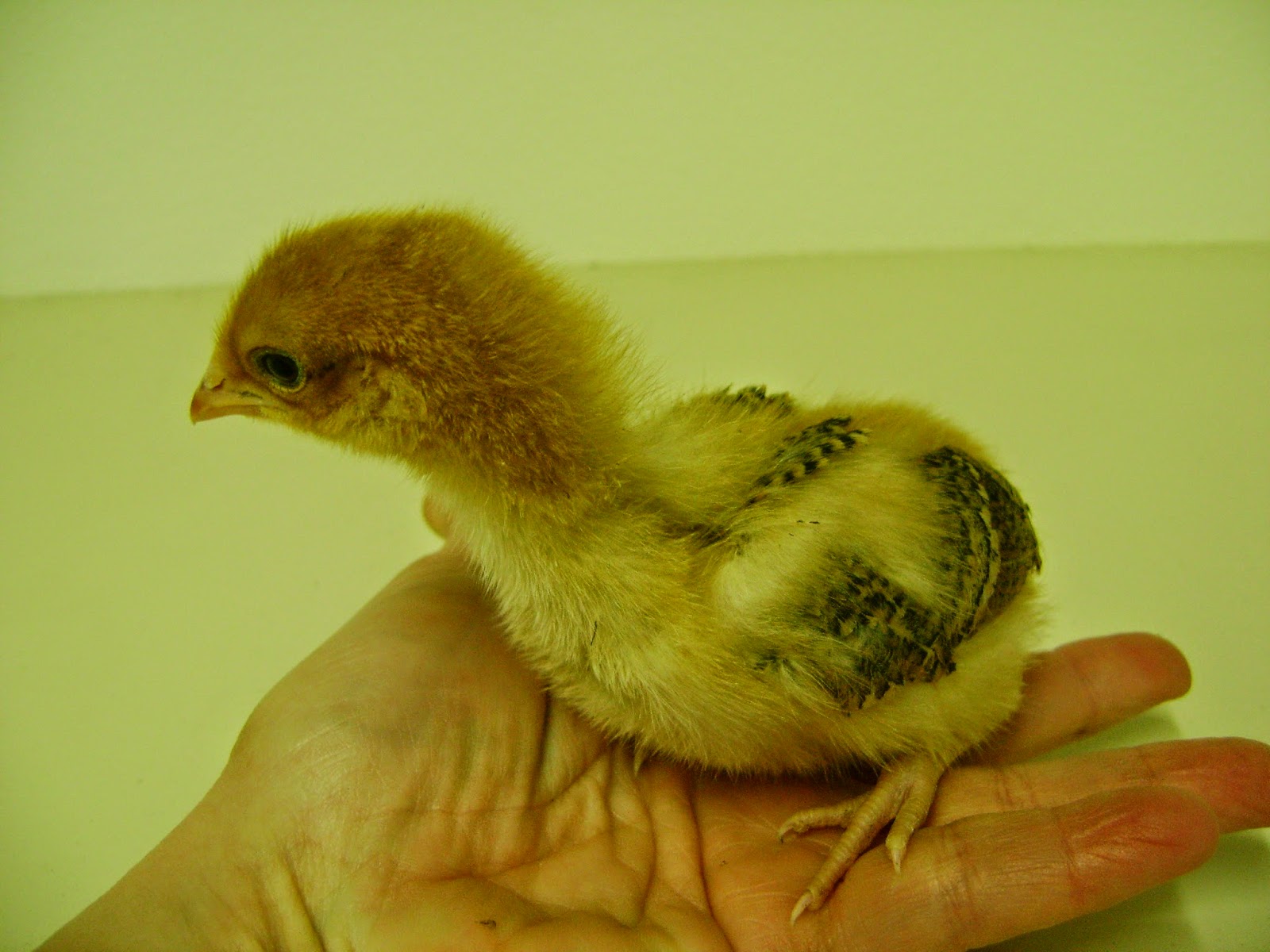 Procure a feeder, waterer, heat lamp, and a big box to start.  Meanwhile, build a coop.  Move chicks to coop when the time is ripe, watch them grow, and wait for eggs. 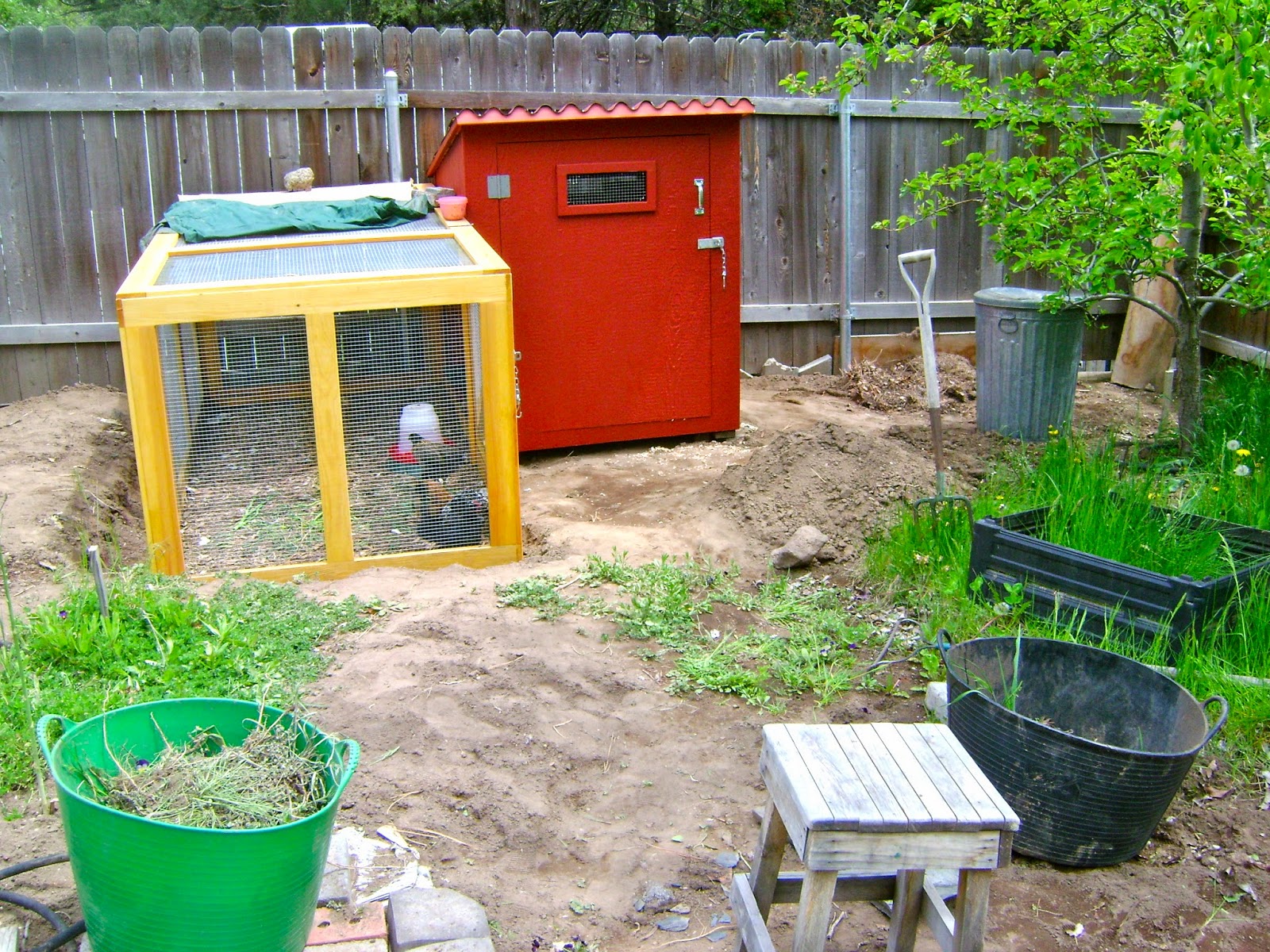 It actually worked fairly well, considering I was a complete novice, though well-read. 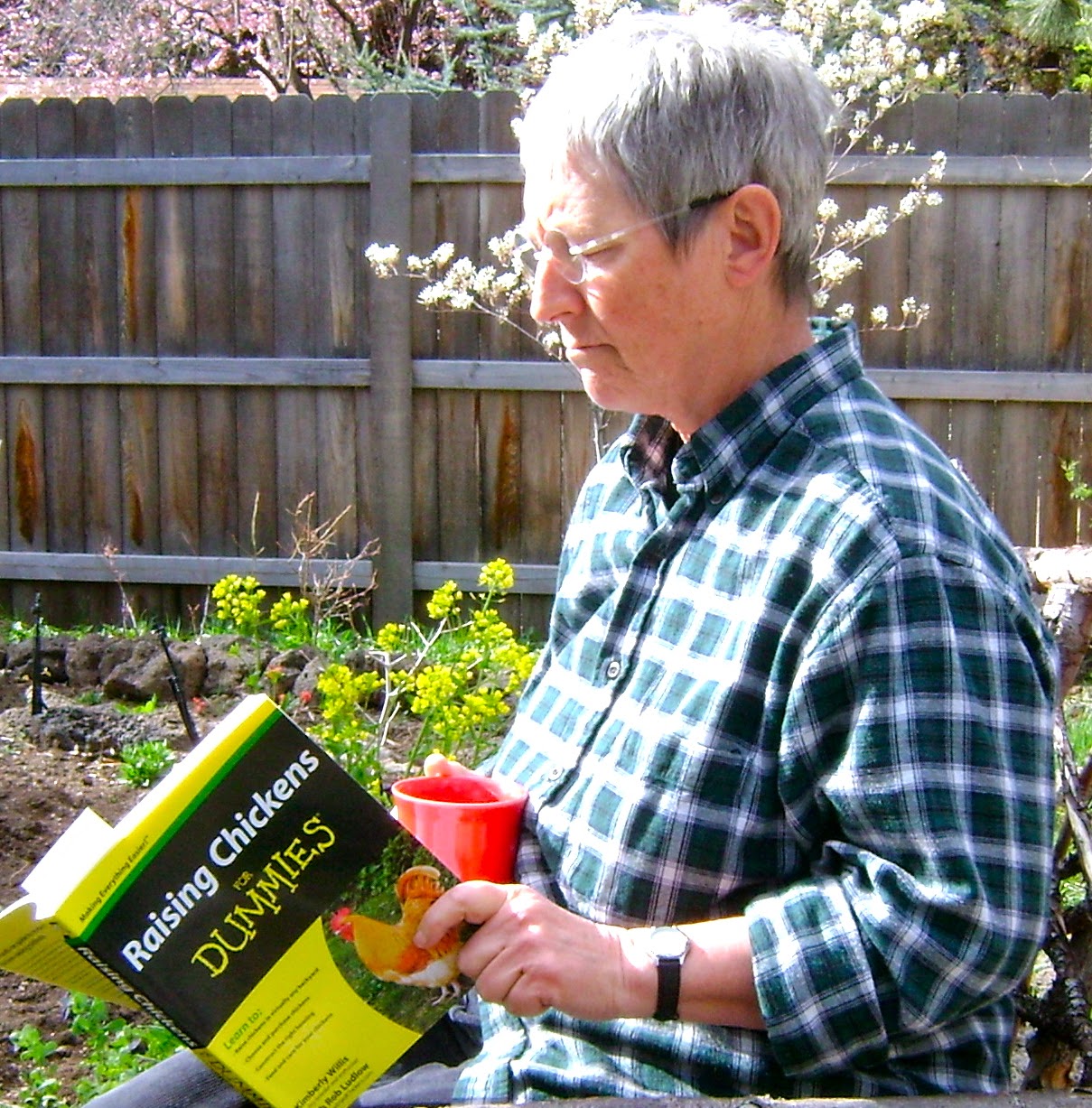 There were a few bumps in the road:   Lucy, named after my feisty mom, turned out to be a hell-hen, bully supreme.  Babe, a bantam cochin frizzle, was pecked featherless by one and all, until I gave her away to someone with a big, big barnyard and a whole flock of bantams.   Samantha, my sole Australorp hen, turned out to be Sam.

But after Betty, my favorite hen 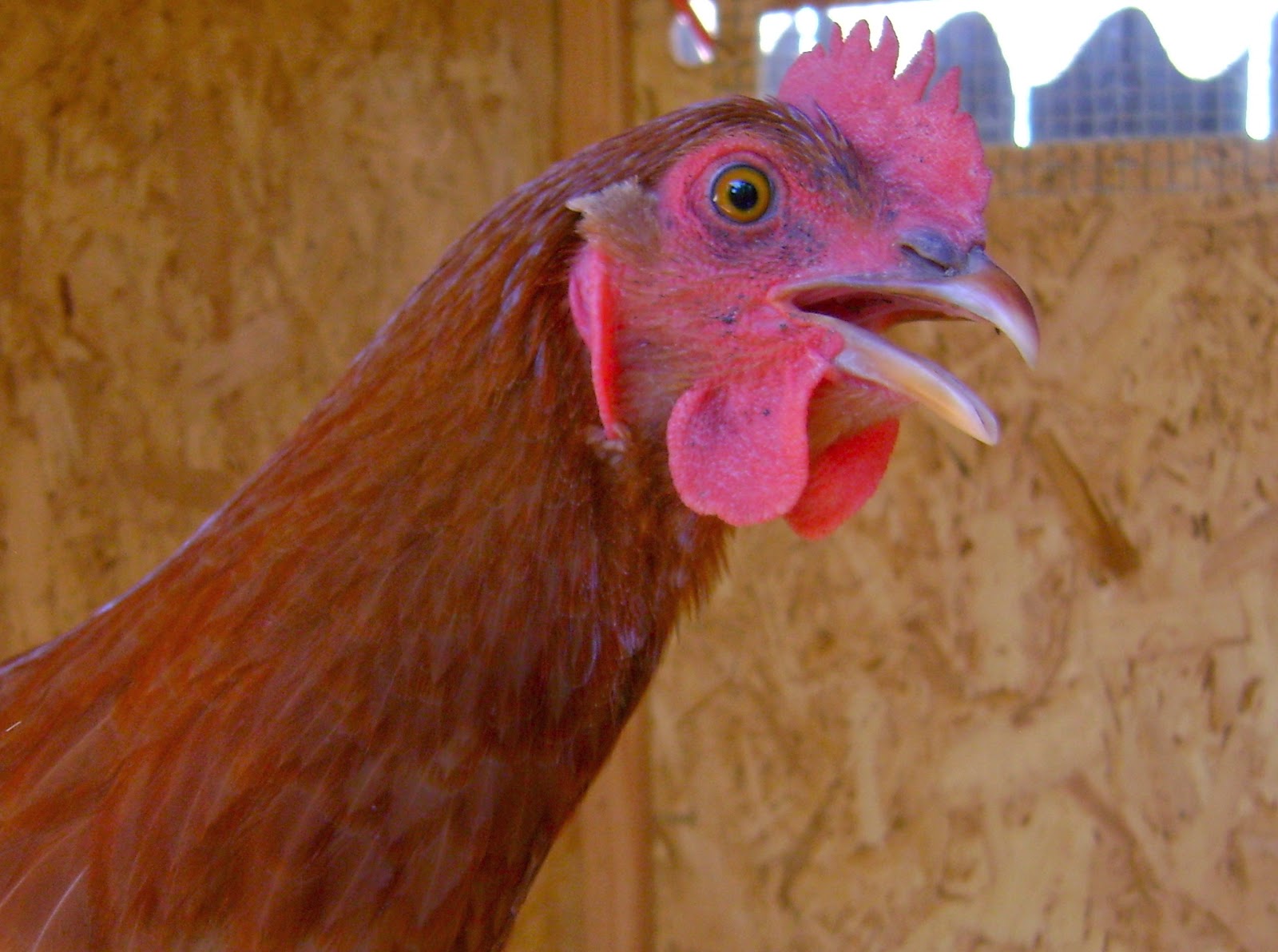 laid the first egg ever, on my birthday 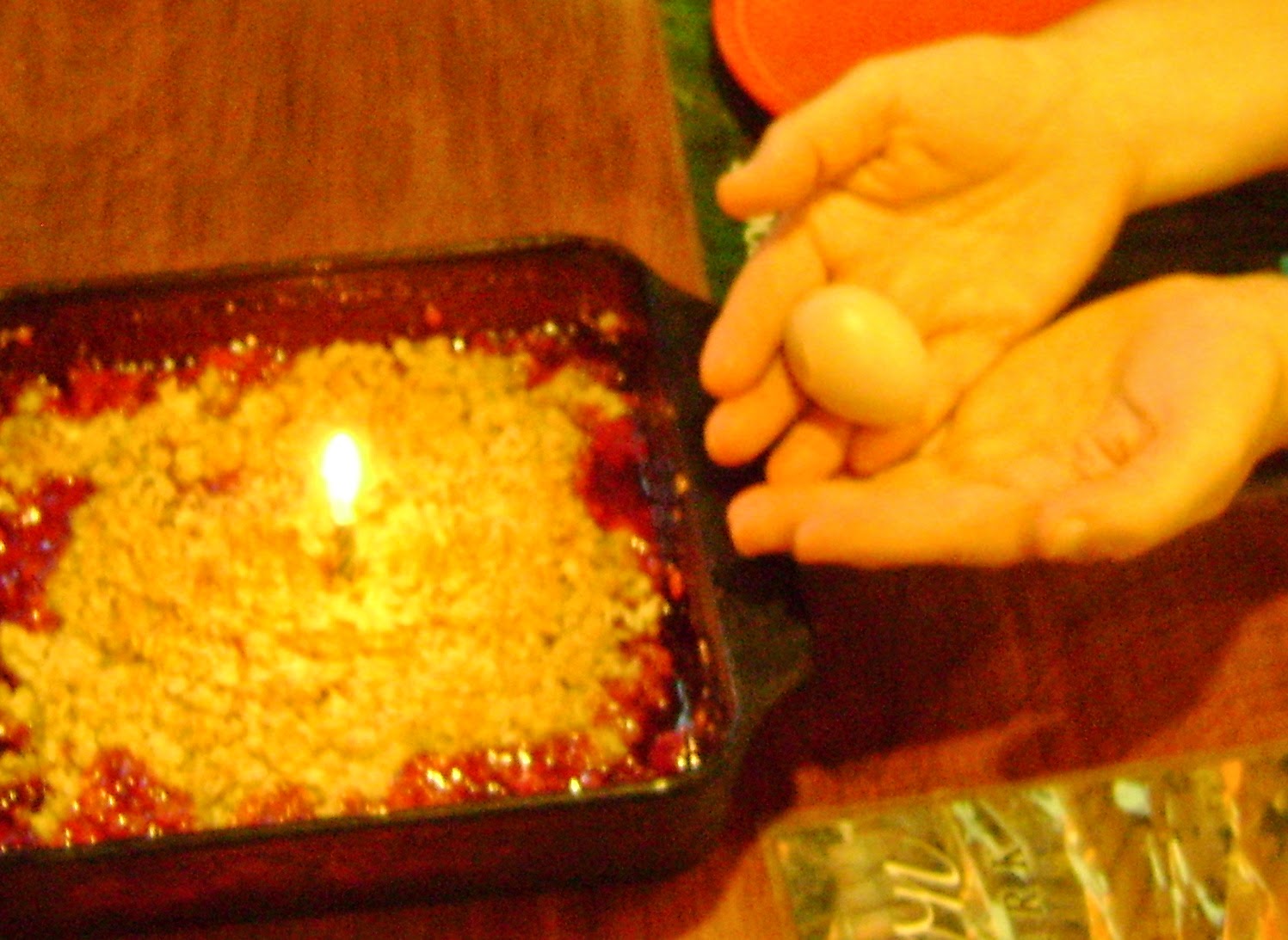 I considered the whole backyard chicken endeavor a huge success.

I learned the value of craiglist, for finding homes for girls that needed to go away for one reason or other.  Larger flocks on farms and ranches outside town have the ability to absorb hens with er, personality defects and slowing production, that small city flocks don't have.   I've learned that space constraints are real, and that managing a small flock for maximum egg production requires some planning.

In my original vision, my flock would include one of as many different breeds as I could get.   This turned out not to be such a smart thing, for a variety of reasons.   First of all, if birds of a feather flock together, that means, for chickens, that everyone gangs up on the ones that look the most different.   Secondly, not all chickens are content to lay eggs.   Some breeds really, really, really want to be mothers.

My first broody hen was poor Maisie, a Dominique 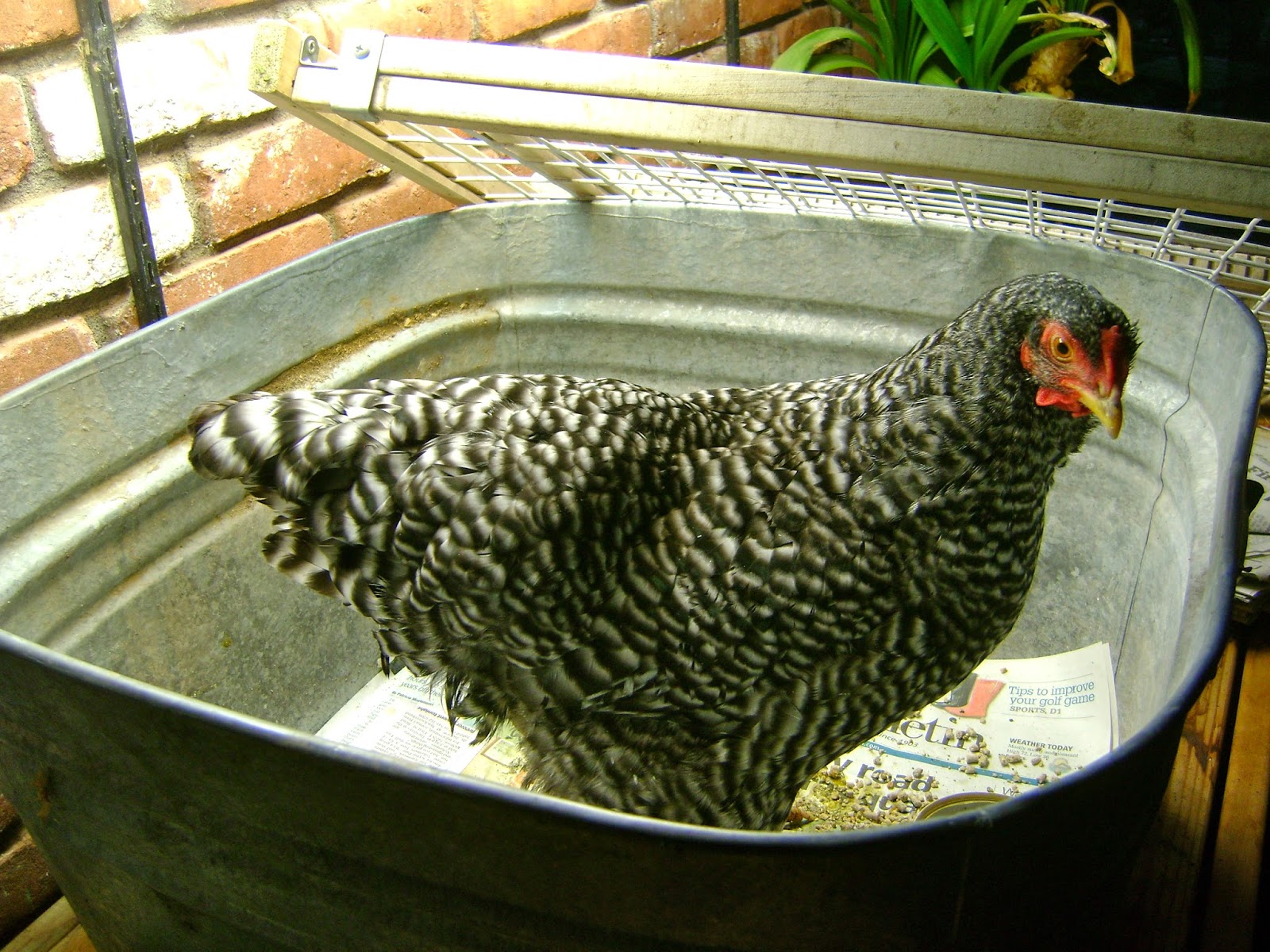 who had already begun her sketchy laying career by becoming egg bound just a month or two after starting to lay, barely surviving to tell the tale.   http://arabellasgarden.blogspot.com/2011/10/chicken-emergency.html   The following spring, she began parading around with all her feathers fluffed out, her tail stuck up straight behind her like a tom turkey, bukking constantly, like a chicken version of Mrs. Rochester in the attic.   Broody hens are a pain unless you want babies, and with no rooster, and no space for extra chickens, I realized my mistake and passed Maisie on to someone who happily welcomed a prospective mama hen.

Some breeds are prone to broodiness, and some are not.   Another newbie mistake.   I should have learned my lesson with the Maisie incident, but then I saw some Speckled Sussex hens on a backyard coop tour, and fell in love.  Forgot to check the broodiness factor.   Penny went broody for the first time last fall, just a month after starting to lay. 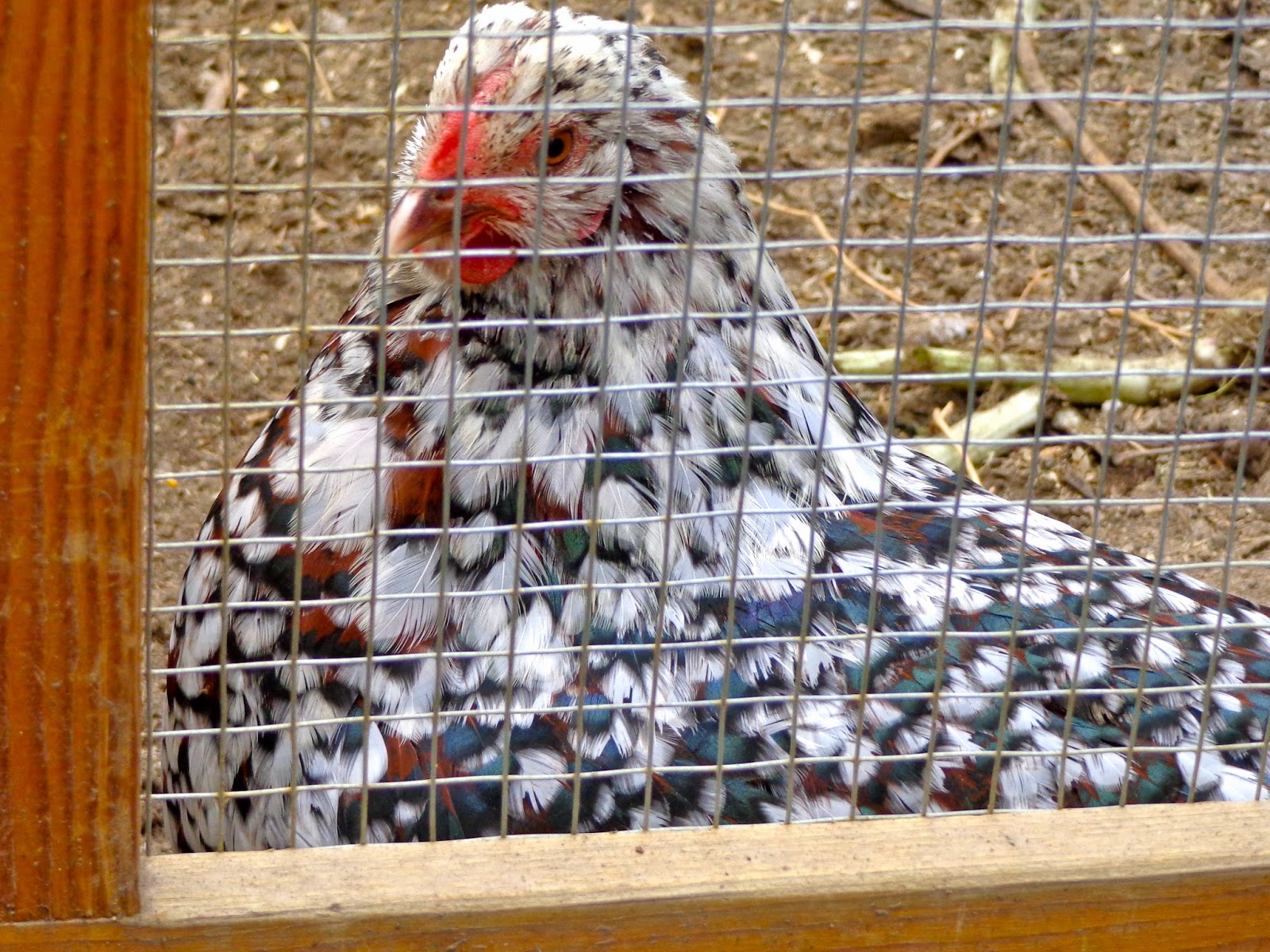 It took a week to stop that, but of course she started up again a few months ago, just as soon as the first spring days hit.   Grumbling, I put her in an isolation zone with no nest, and after a week her hormones settled down and we were back in the egg laying business.   Predictably, Sassafras, her partner in crime, went broody a month ago 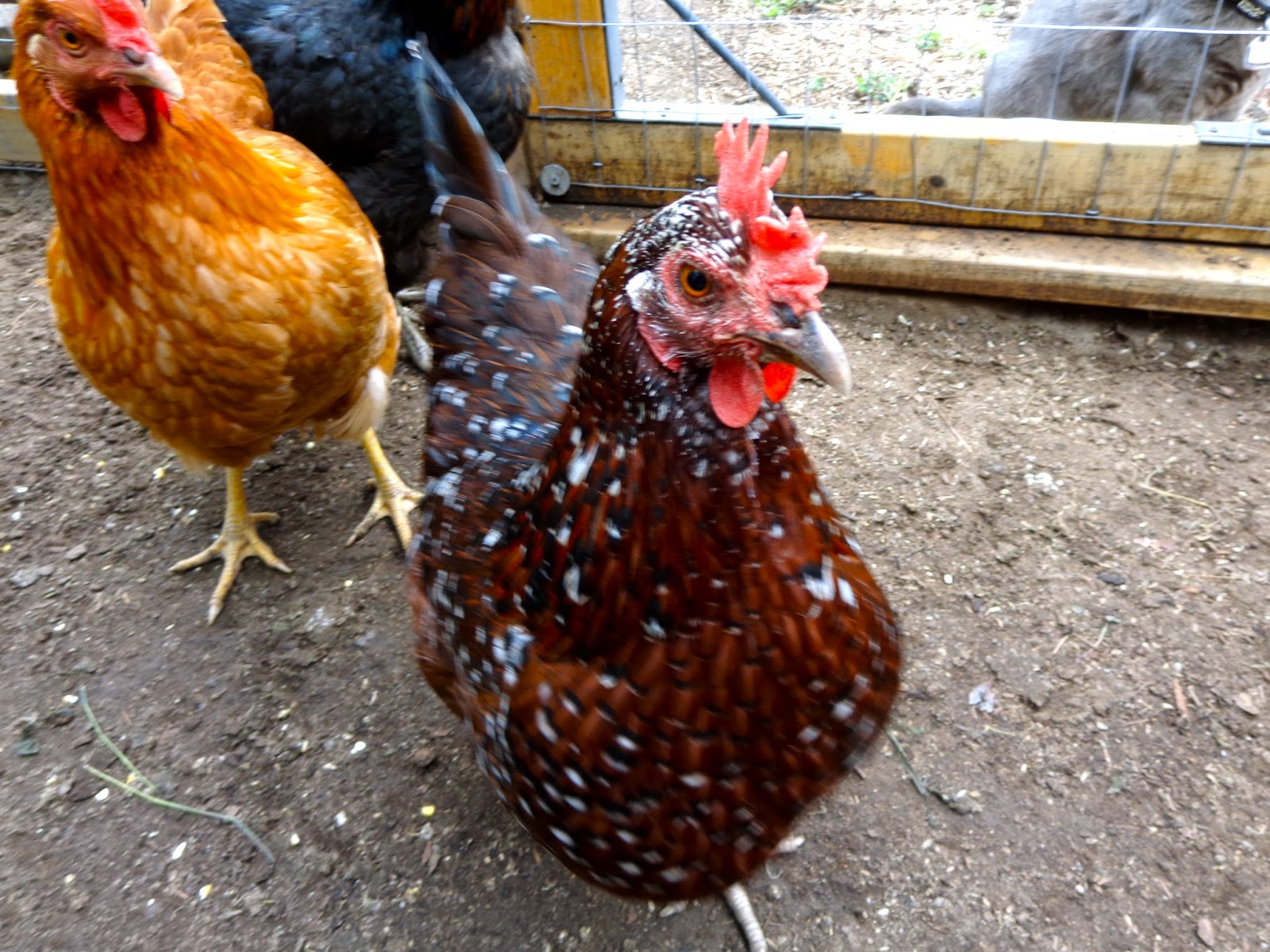 and Penny started again too.   My choices were few:  give it up as a bad choice (i.e. give them away immediately), continue to break their broodiness every few weeks for the rest of the summer, or ......... get some fertile eggs from a local farmer and give the girls a chance to do their thing.

By now they had both taken up residence in one of the two nest boxes, thus forcing the other girls to wait in line for the remaining nest. 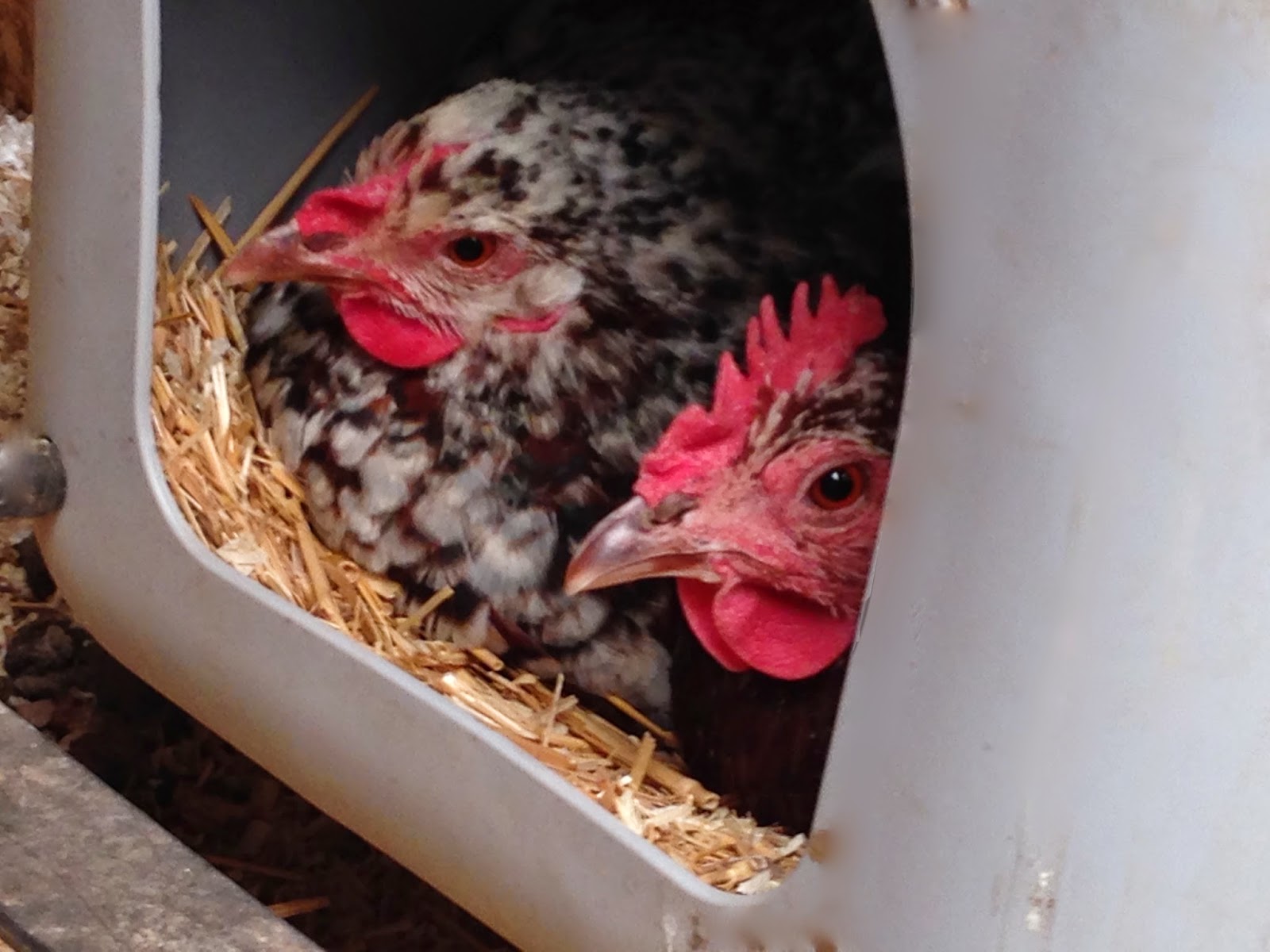 Several days someone couldn't wait (picture chickens with their little knobby chicken knees held desperately together) and I found an egg on the straw under the nest box.   When chickens go broody, they stay that way -- not eating, not drinking, not laying -- until .........  I don't know how long if they're not removed from the nest and deprived of a place to brood.

So I gave up.   I moved them into the smaller outside enclosure, with their own dedicated nest.   I had to forcibly remove them, as they stayed in the box while I unfastened it from the wall and moved it.  Here's the rear view! 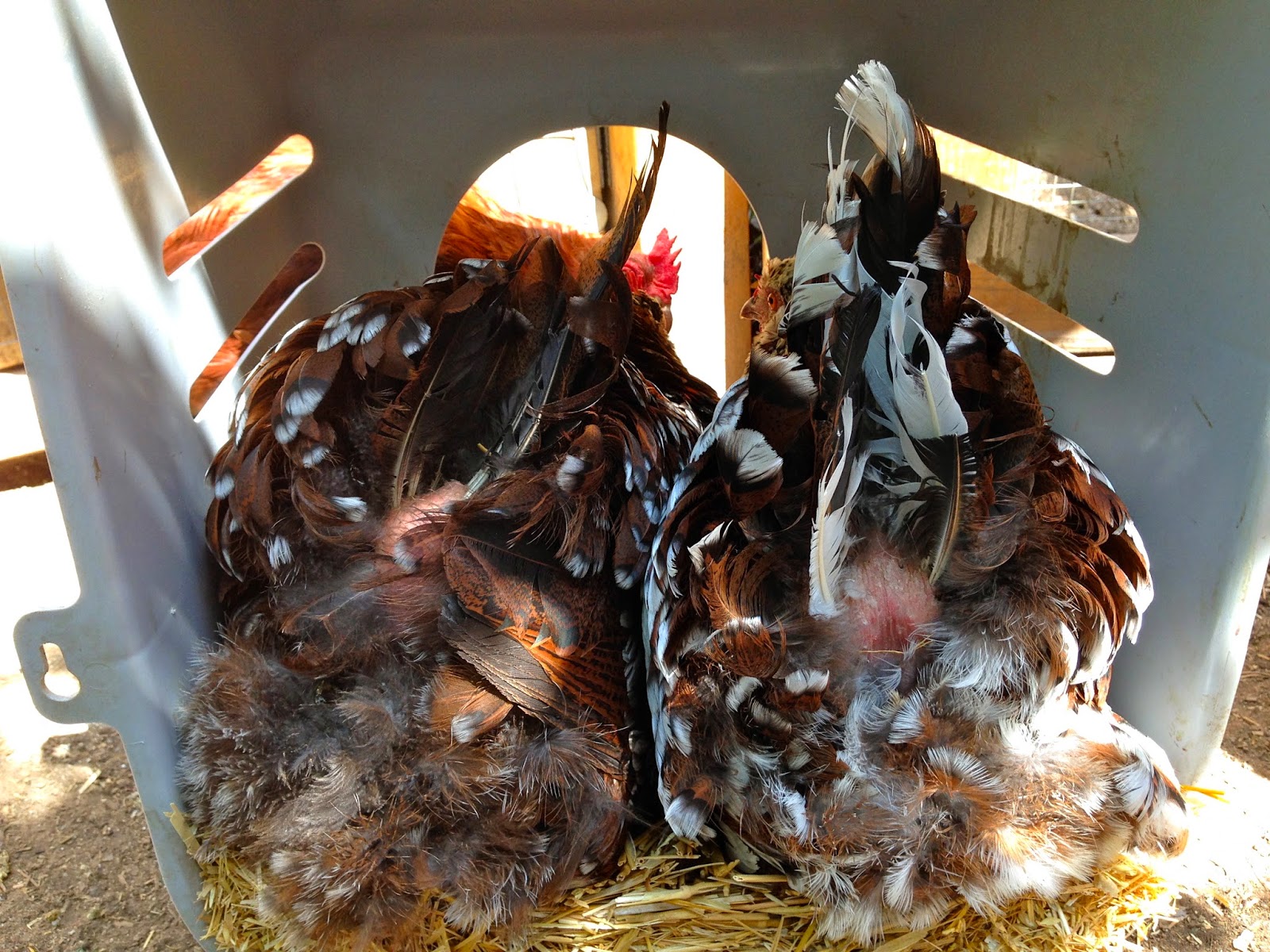 Then I called Mike, the hen expert at my favorite feed store, and ordered a dozen fertile eggs to be picked up the next day. 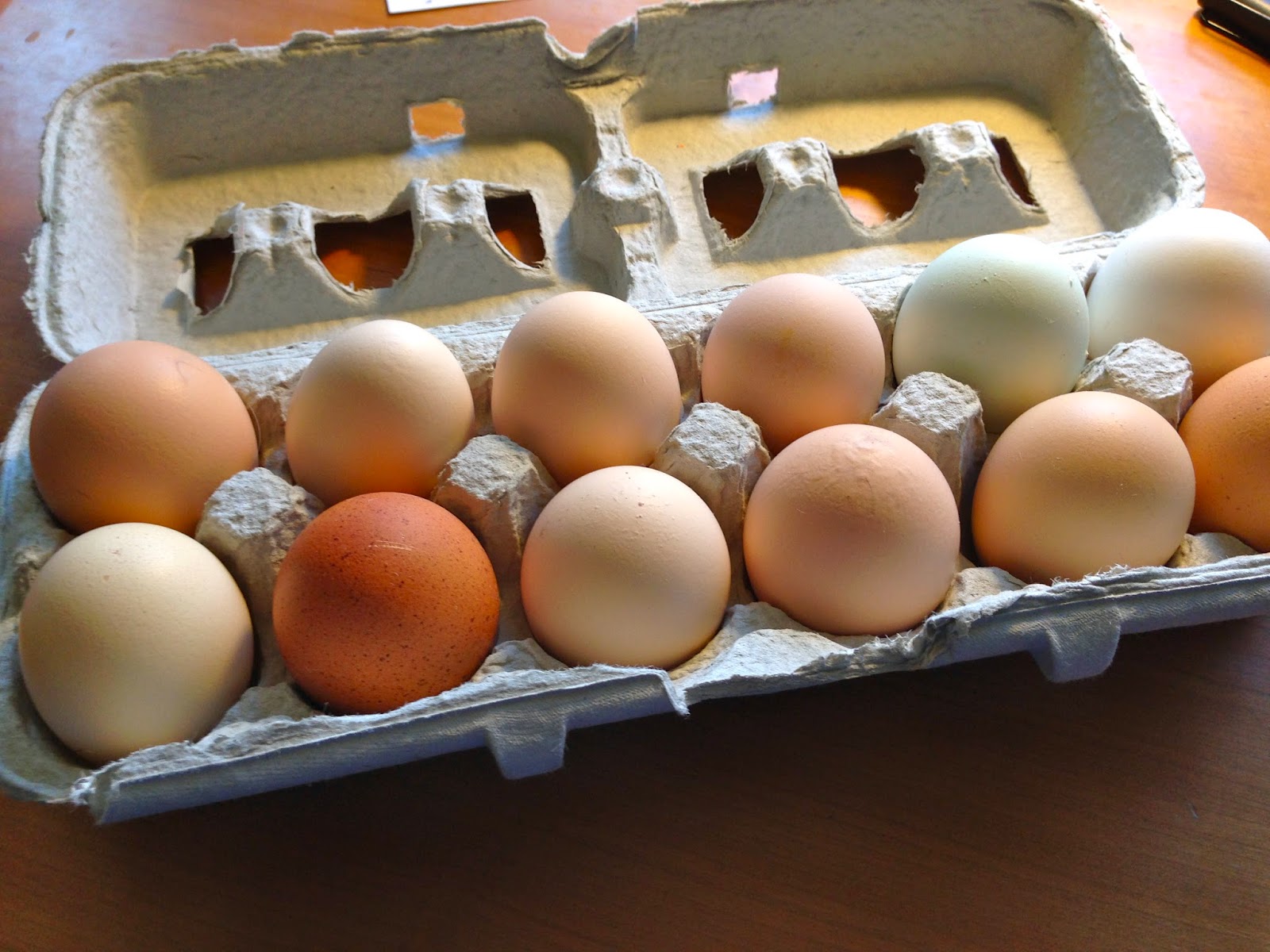 These are mutt eggs, collected from his large flock, which contains Rhode Island Reds, Ameraucanas, Barred Rocks and more.   Just for fun, I dowsed for sex with my pendulum.  6 males, 6 females?   We'll see how accurate it is. 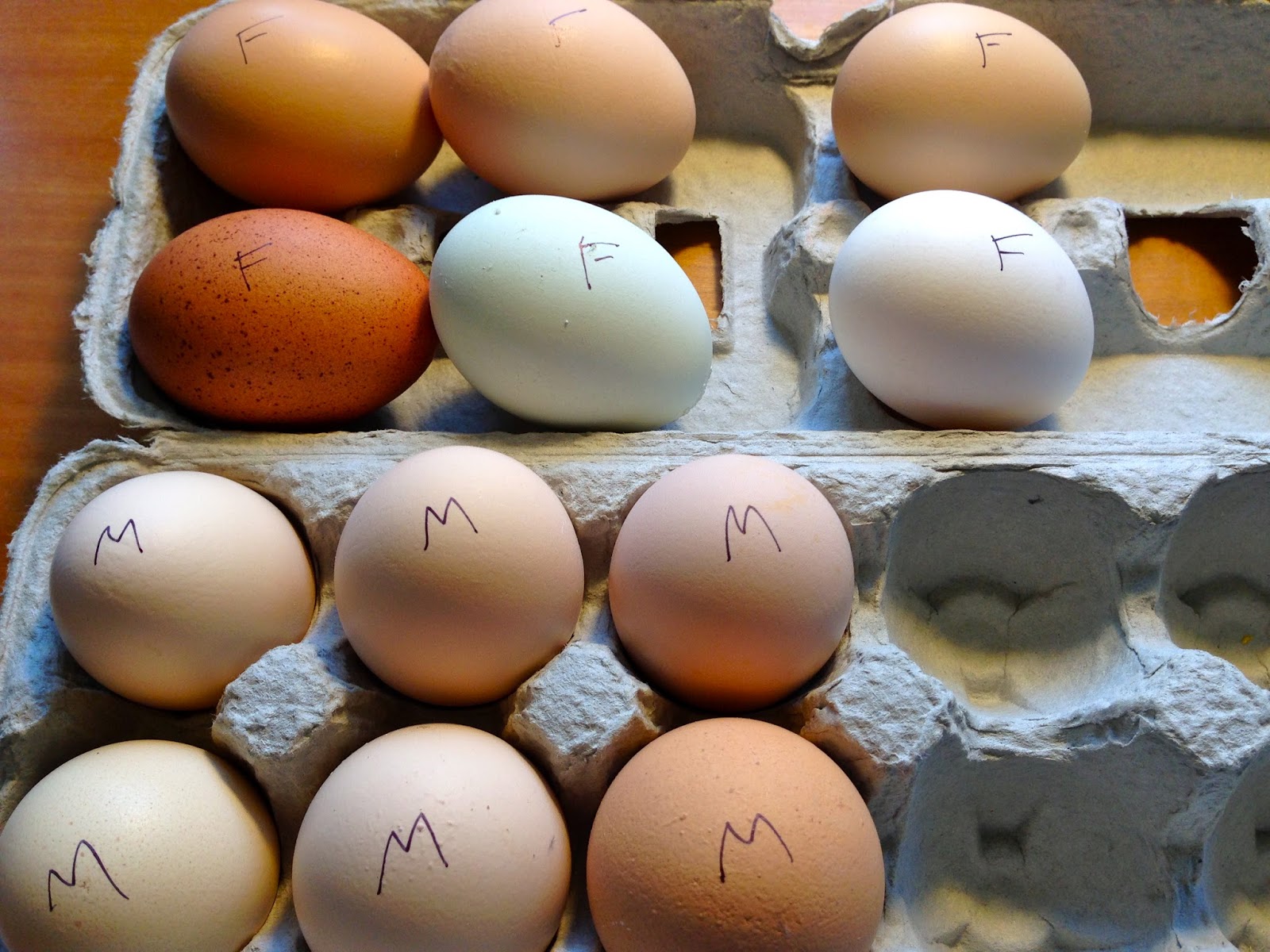 Then I took them out and stuck them under the broodies, and left them to their work.

A few days ago I realized hatch day was coming right up!   I got some chick feed, and after consulting with Mike, decided the two hens in the one small nest box was probably a bit much.   A good chance babies would get squished.  Against all internet advice, I set up a larger nest box, and moved the eggs, very close to hatching, over to the larger space.   Carefully, carefully, trying not to change their orientation -- babies are in the final stages and apparently need to be stationery the last day or so.

Sassafras tucks in the last egg 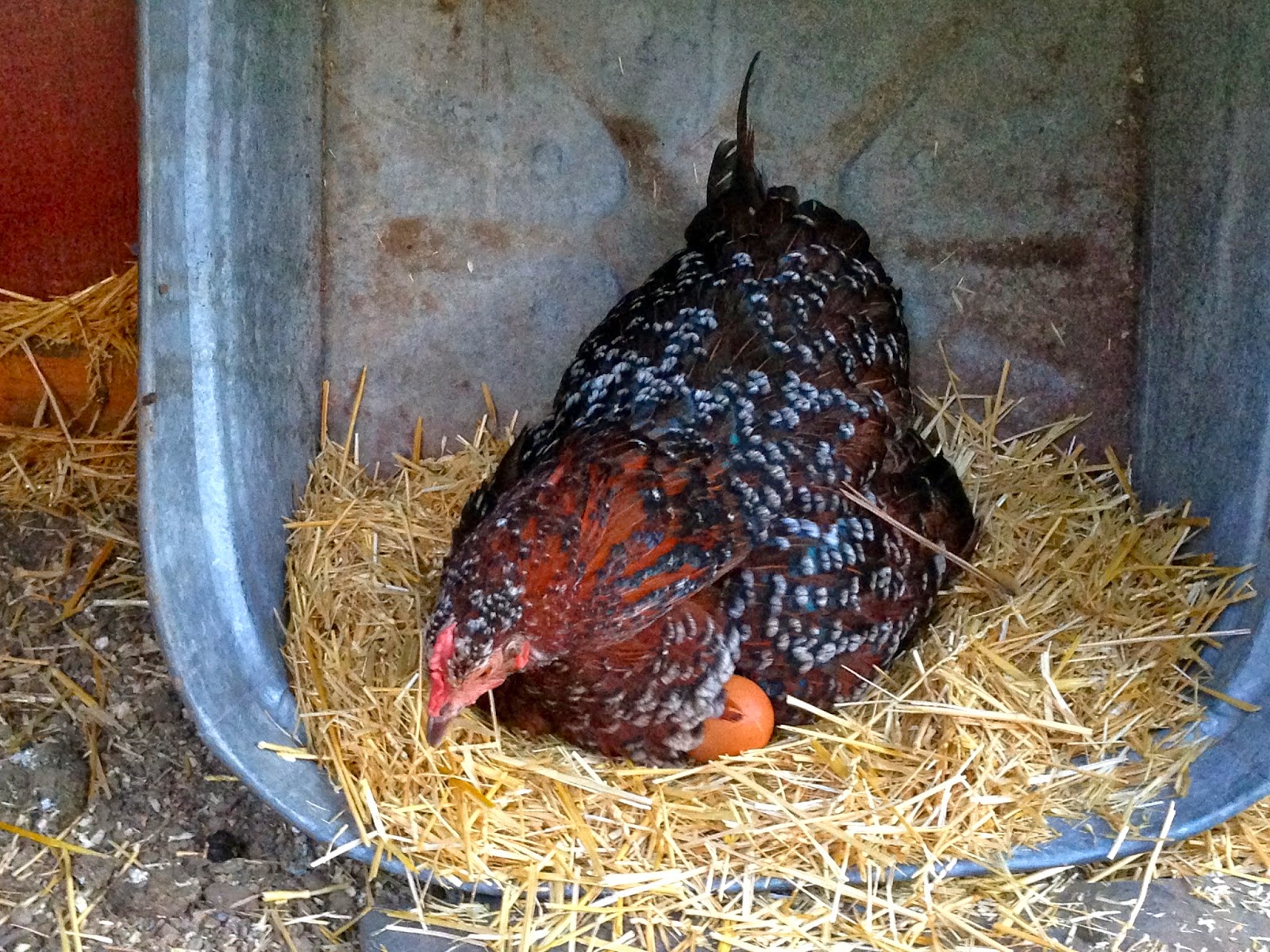 before Penny settles back in for the home stretch.  Notice the intense look of concentration on their faces below.   Not that chickens have a lot of expression, really, but these two have been in The Zone for three weeks now -- not even blinking when I pass my hand in front of their eyes.   Whether or not these eggs hatch, these girls have proven to be dedicated to their task. 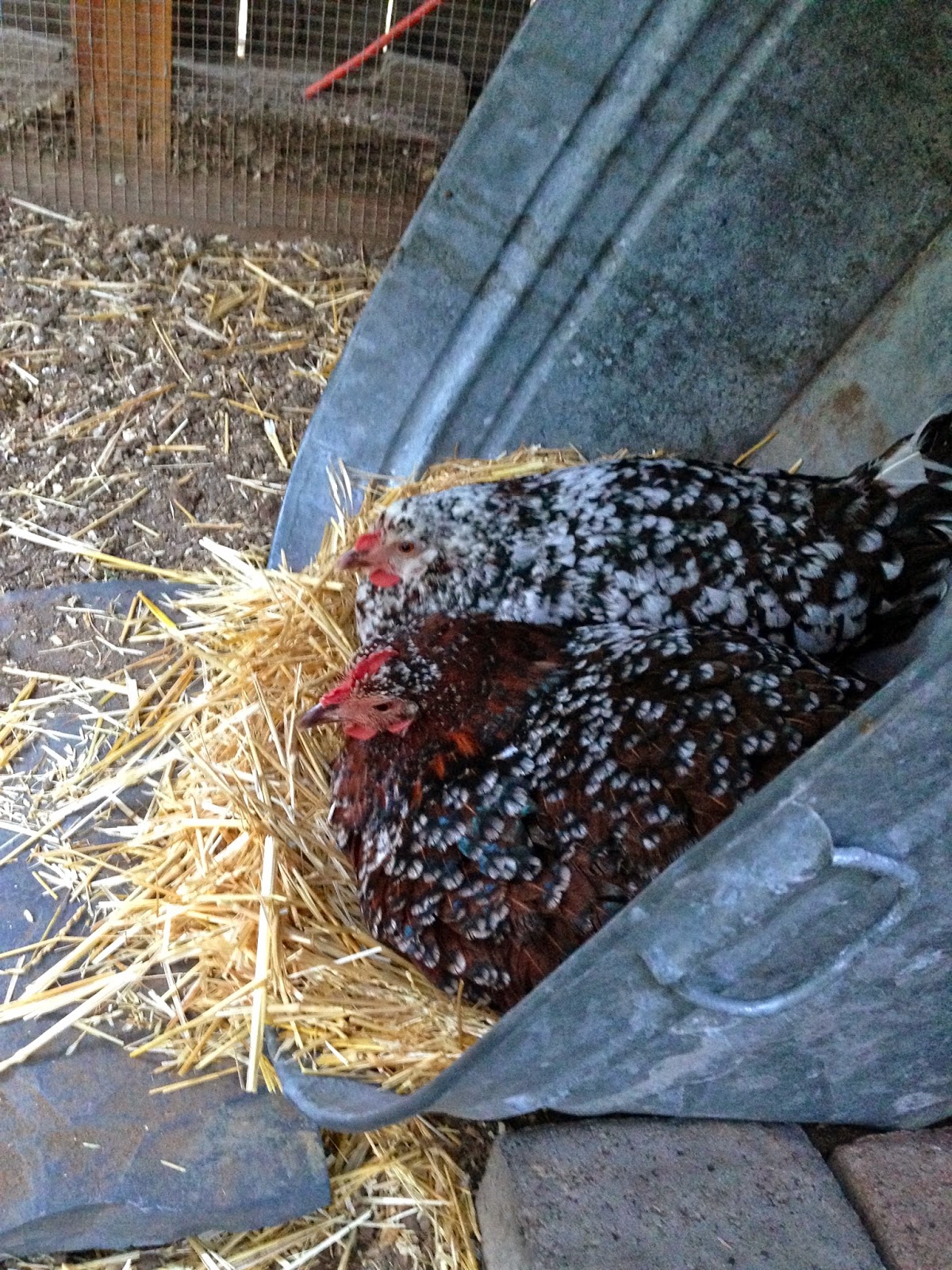 Today is Day 21, and so far no babies.   I've read that chicks can be heard peeping while still in the shell, in the last day or so before hatching.   The mamas are still setting patiently this morning, but are cocking their heads -- are they listening to the faint peeps coming from underneath their feathers?    Stay tuned....

Posted by Unknown at 12:09 PM No comments: Links to this post