In my everyday life, I don't win things. Contests, sweepstakes, drawings. I never win them. In this I am following in the footsteps of this blog's namesake, Arabella -- the original Arabella, my grandmother -- who claimed to have only won one thing in her entire, long life. At the tender age of 5 or so, she correctly guessed how many jelly beans (or other Victorian era items -- did they have jelly beans in 1896?) were in a big glass jar at the county fair, and won a wonderful music box. It is still in the family -- my sister currently has it, but we have discussed trading off at some point. A fine thing to win, if you are going to win one thing.

Since I began reading blogs, though, specifically garden blogs, I have won 3 (three!) separate items, in different blog giveaways. A year or two ago, when I first discovered my favorite garden blog, Garden Rant, I won a pair of gardening gloves. 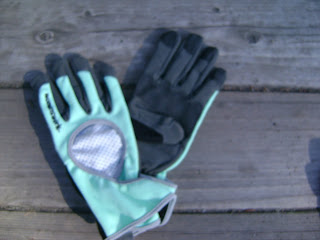 Last December, I won a most excellent book, which I quite need -- having nothing but dry shade in my yard. (Except of course for the dry sun.) 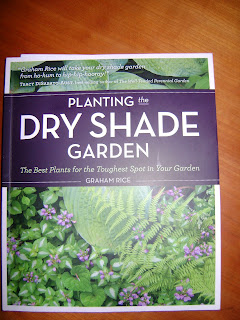 Now comes word that I have won a copy of the most excellent, latest, hot-off-the-presses edition of the Sunset Western Garden Book from yet another fine blog (Gossip in the Garden). This book is The Bible for gardeners in The West, and I have personally owned every edition since the 1967 version. 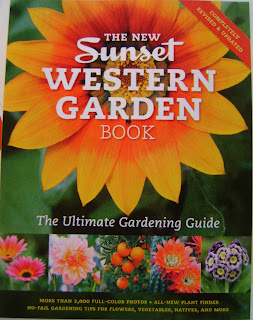 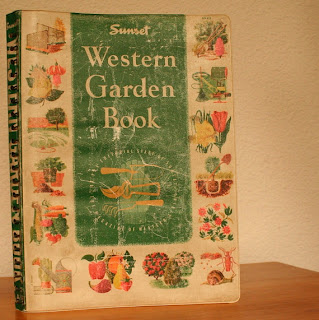 version as a newlywed in 1971, as I was rifling my mother's bookshelves during a summer visit. I was spending the summer at a US Forest Service guard station (as devoted new wifey to my firefighter/sweetheart) 30 miles from a paved road and after only a few weeks I was desperate for reading material. I borrowed it on an impulse, despite never having had the slightest urge to garden up to that point in my life.

Once I got home to our little plywood home in the woods (fire guard station) I opened it and was instantly captivated. I still don't know why, but possibly it was a newly-awakened nesting urge, due to my recent entrance into the married state. All I know is that, once I got my nose into that book, I became aflame with the desire to dig.

Come September, I left my sweetheart in the mountains to finish up fire season, and returned alone to our crummy rental duplex next to the McKinleyville exit off Highway 101 (northern California coast, 'in the redwoods;), and started creating my first garden. I dug a small flower bed in front of the house and planted daffodils and crocus -- which did well.

I spaded a huge area in the side 'yard' -- really just a weedy, grassy area used by former tenants to bury their garbage. And I do mean garbage. This being the pre-recycling era, I was digging up not just rusted cans and broken bottles, but potato chip packages, old toothbrushes, clothing --- ewww. I persevered, though, and proudly showed my sweetheart my neatly planted rows of leeks, carrots, lettuce, onions and more when he returned a few weeks later.

Alas, most of the seeds did not come up -- I had planted them far too deeply, and the carrots, strangely successful, were eaten over a period of several days by gophers (as I watched in astonishment from the window). No matter. I was hooked. And I am still planting carrots and co. in my garden, with better success and fewer pests. My sweetheart is still a bit shocked that I garden -- he doesn't get the 'fun' of it. But he gladly eats my successes, and realized the time I spend in the garden is time I don't spend getting into all kinds of other trouble.

OK, what other garden blog contests can I enter?