We did come to Scotland for a wedding, after all. Though with me, and especially with my mountain-bike-mad sweetheart, it doesn't take much of an excuse to head for a place that has always felt like home to me, from our first sight of it 40 years ago. In the past 10 years, largely due to the pioneering efforts of our equally MB-mad friends in the Borders, Scotland has arrived on the world stage as a mountain biking heaven. Put it all together: a wedding, friends, mountain bike trails, hills to walk, trees, tea and cakes, lots of sheep and the odd garden, and it was a must-do.

Plane tickets were bought last July. Dinner invitations began coming in for our stay. The Best Man was recruited. My sweetheart, at age 61, bought his first suit ever. 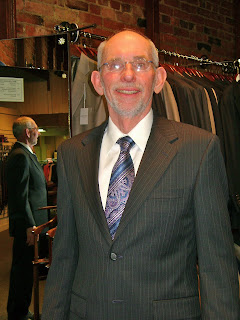 Belatedly, I realized that I too would need some new garment of the posh frock variety. Plaid flannel shirts and elastic waist gardening jeans weren't going to cut it. Found just the thing in Ashland a month ago, opting for the middle-aged, dignified look rather than bright spring floral print. Sorry, no photo, you'll have to use your imagination. In the end it was a good choice, because the weather was cold and my outfit afforded lots of room for layers of fine woolen undergarments to fend off the frisky spring weather.

Friday, the day we arrived, having left The Stupids (we hoped) back in the States, was wedding prep day for the Best Man. While I and our friends Ben and Serena settled into our flat, he and the groom set out to decorate the Burgh Hall on Peebles High Street for the reception and ceilidh. 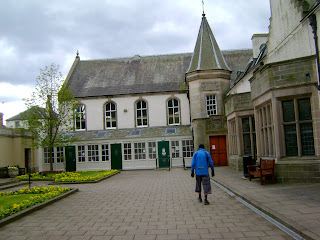 Buildings of various ages surround a courtyard, with the Hall itself in the back. Here's the cenotaph for World War I soldiers: 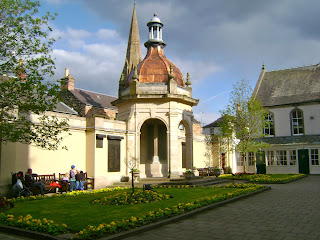 The manly lads soon had it looking festive: 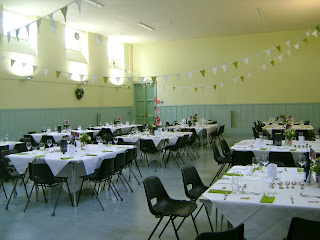 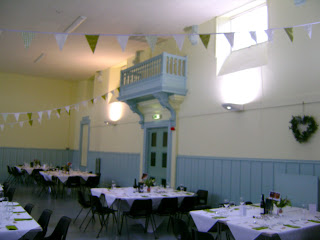 Andy and Ros had decided on a 'cakes' theme for table arrangements. 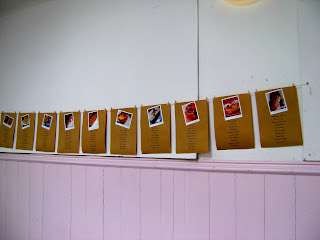 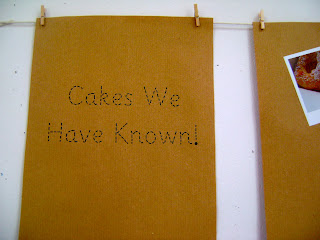 Find your name on the list under the photo of a delicious dessert, 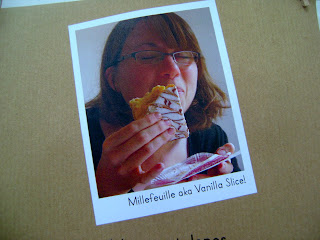 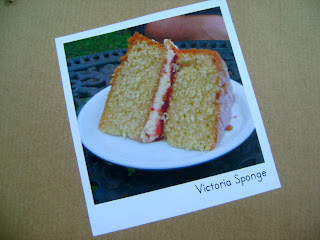 then match it to the centerpiece on one of the tables inside: 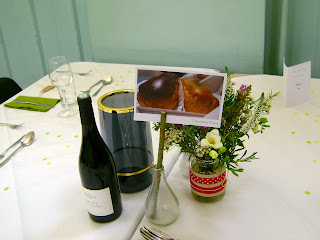 They are big on 'cakes' (catchall term for sweets, pudding, dessert) in Scotland.

After a lovely dinner with the groom's family, we crashed into bed. The wedding day dawned sunny and clear ...... but as usual in Scotland, the clouds soon moved in and small wettish objects began to fall from the sky. Some were white. Uh oh. Undaunted, we headed to the outdoor wedding site with the groom and his brothers, to put up signs for the wedding.

Kailzie Gardens is a lovely private estate garden that is open to the public. Here is a photo taken in high summer. 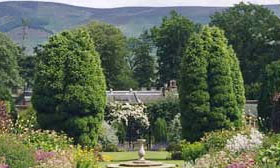 Imagine it without the flowers, the leaves on deciduous trees, and sunshine. Erm. 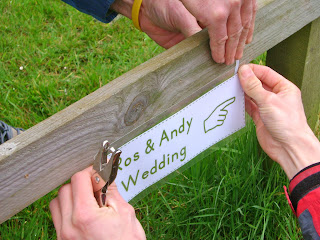 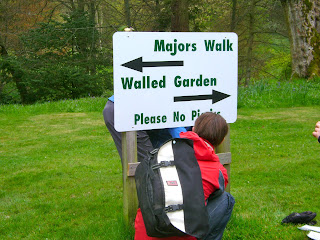 The groom and best man got the rings sorted 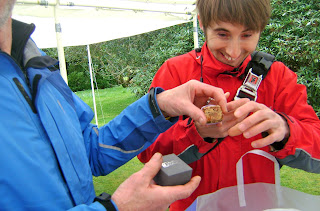 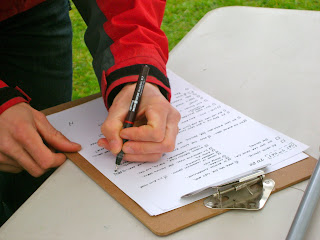 That was it. The tent was set up, the hall was ready, the weather was changing its mind every few minutes, and the cast and crew retired to their chambers for lunch and the donning of wedding apparel!