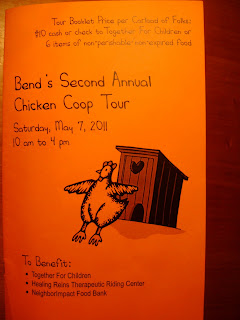 During last year's tour I was out there, viewing other peoples' coops, looking for ideas for my own. This year I am one. Yikes. 24 hours out, I am frantically trying to get the place shipshape. The coldest April in decades has put a definite crimp in my spring gardening plans, from cleanup to seed-starting to planting out. I am weeks behind in everything.

My coop enhancement efforts have also been stymied. I had such plans, oh such glorious plans. New paths! Flower baskets at the window! Decorative art on the henhouse! But no. It's going to be just the usual chicken coop, warts and all. Hopefully people won't notice that Babe has bare sections from bad-ass dominant hen peckage. Or that Olive has lost her fluffy booty feathers from (I think) mites.

There have been photos of some really fancy Bend coops in the newspaper, on Sunset magazine's blog, and on tv. Some of these coops are nice enough for human housing. And here I've been thinking my coop is overly fancy for your average backyard chicken.

Still, it's fun to look back and see the beginnings. It started with research. Lots and lots of research. 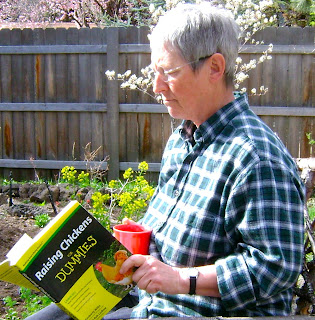 Then came the peeps! 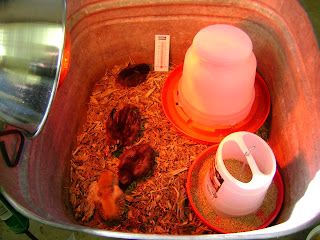 Now to find the perfect spot for a chicken coop.... 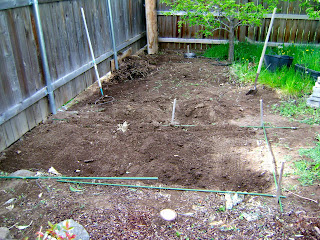 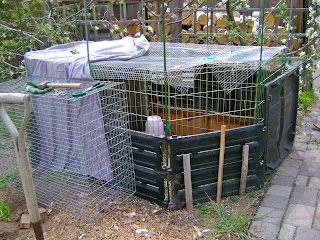 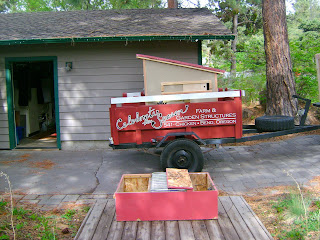 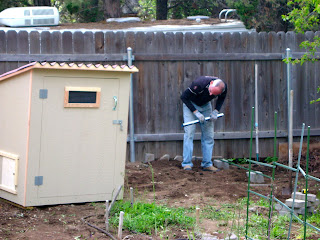 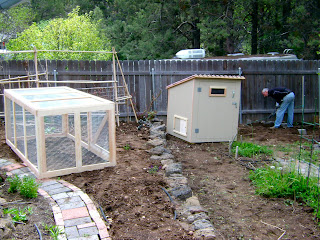 Painted and with girls installed. 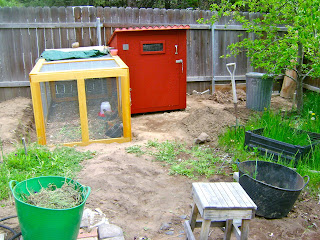 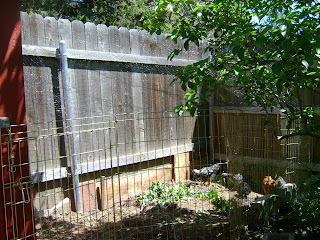 First egg -- on my birthday 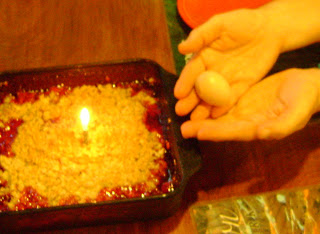 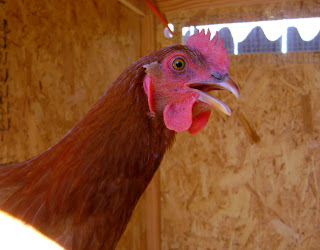 Then came snow. Oops, that's it for the day spa. 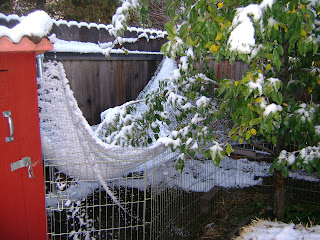 Winter substitute. Back to the poor white trash look. 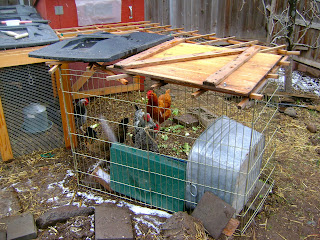 After allowing the girls to rampage in the garden during the winter, I finally had to call in the professionals. Well, one professional: my next-door neighbor, Tim, self-employed fine woodworker, artist, craftsman and all-around nice guy. Well, it was overkill, but he built me the day spa of my dreams last month.

Here's the late winter look of the empty corner. 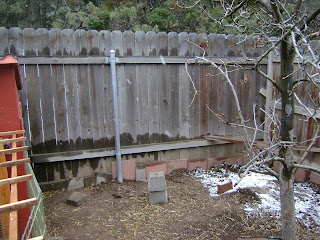 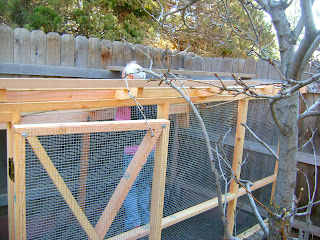 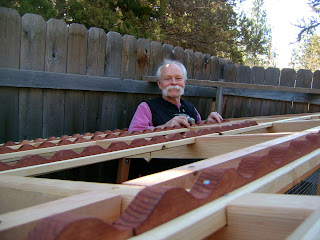 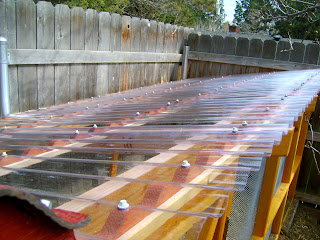 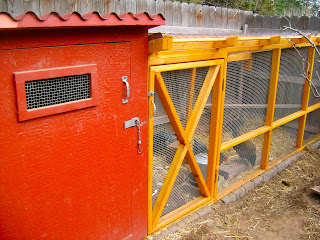 Thanks Tim. Now the girls must do their part: buff, primp and practice looking gorgeous.

Meanwhile, the new peeps are outside, though with a heat lamp for nighttime. It's still freezing most nights. In an effort to allow Babe to regrow her winter-pecked plumage, and allow the peeps to grow up within sight and sound of the Big Girls, I have divided the old run into 2 sections. So far, so good. I am pretty sure I have two roosters and only one wee hen .... but I'm hoping she will be enough to keep Babe company in smallness, once the three groups are finally merged. 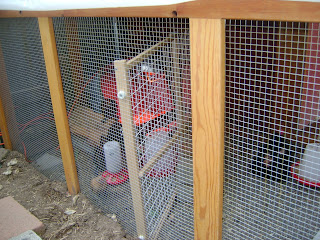