Tonight is our concert. Yesterday was the dress rehearsal, scheduled to start at 1:00 pm in the Tower Theatre.

I arrived around 11:00 to witness the unloading of the pianos. I was greeted with the words, "oh good, you're here -- did you get the update?"

These did not seem like propitious words at the start of a tightly timed event involving 100+ people. Indeed, I then learned that one of the 2 piano delivery trucks was broken down in Madras, 40 miles away. The other had arrived with only 4 of our 8 grand pianos in it. The other 4 were stuck in Madras, with no ETA in sight. What should we do: postpone the rehearsal for an undetermined time? Start and bring in the second set of pianos when/if they arrived before dinner time? Our unflappable conductor summed it up: "Oh, we'll just punt." And so we did.

Luckily, along with the 4 grands, there were 6 uprights standing against the back wall, waiting for the piano sale that will follow tonight's performance. We pulled up 4 of them and, despite the fact that none of the kids behind them could actually see the conductor sitting down, we started the rehearsal only 10 minutes late. 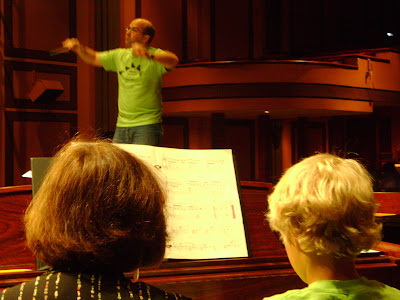 About 2+ hours into the rehearsal, a loud rumbling was heard outside the back stage door. I rushed out to see ..... a very large tow truck inching up the alley behind the theatre 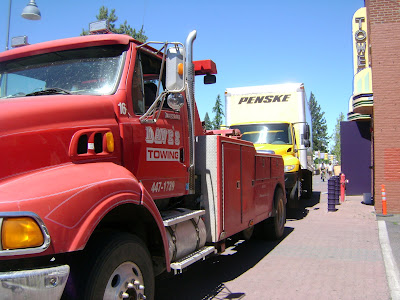 followed by another large truck full of pianos 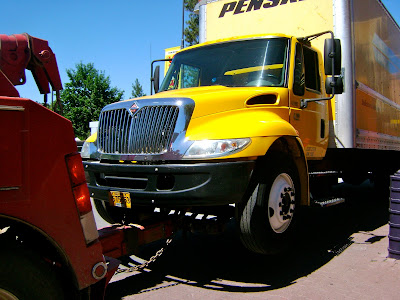 followed by a third large truck -- the original unbroken-down one that had brought the pianos we were playing on. All of this end-to-end down about 70 feet of the alley.

Soon there were a number of large, beefy guys standing around in the hot sun, trying to figure out how to marry two delivery gates (one inoperable), a wimpy ramp for the purpose of moving several large, unwieldy and very heavy objects into the theatre. 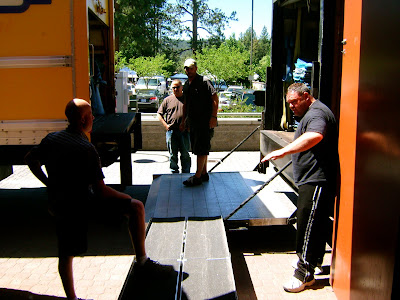 Meanwhile the rehearsal continued uninterrupted inside 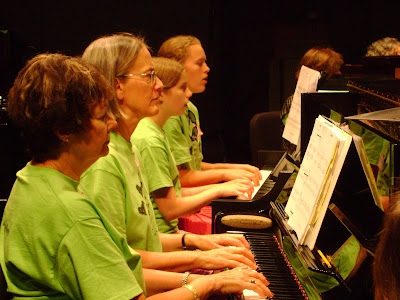 They got it sorted out, and soon we started seeing (but not hearing) this -- they were incredibly quiet bringing these big babies in. 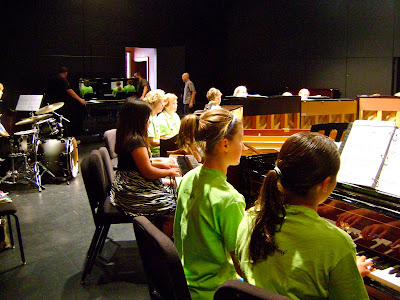 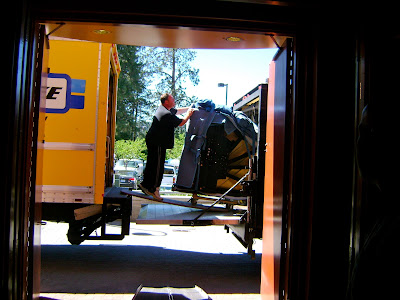 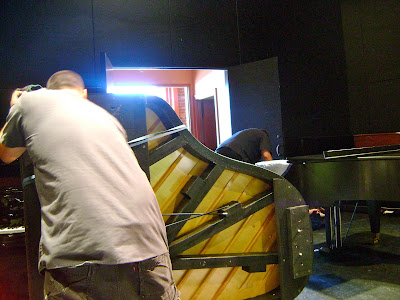 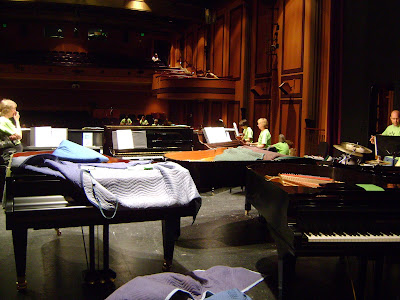 We sent the mover guys on to their next destination (140 miles north of here) with fresh lemonade from the farmers' market (conveniently located across the parking lot) and hot, sweaty hugs.

We left the stage quiet and dark, ready for players and audience -- coming tonight. 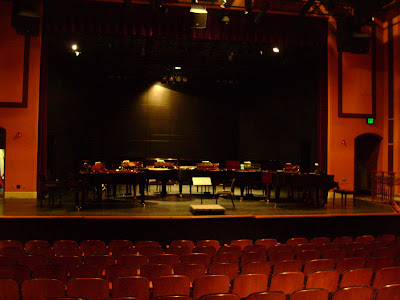 If you're curious, tune in to our live streaming video broadcast at this link. Cameras should be live starting around 7:15 pm PDT. Enjoy (and wish us luck!)

http://bit.ly/BendMonsterConcert
Posted by Unknown at 11:34 AM