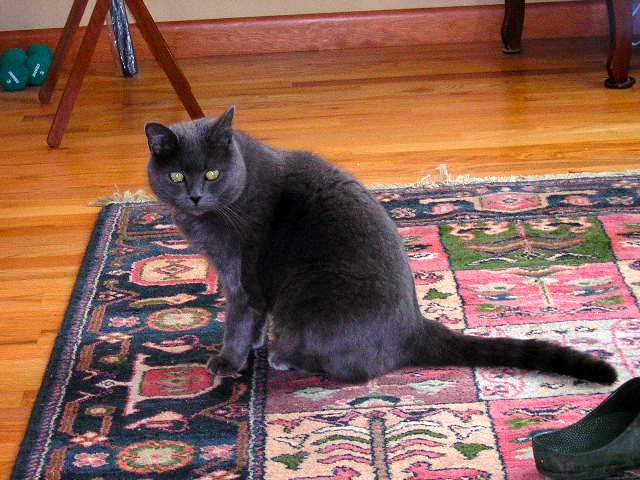 She was super smart, and she was even more independent than most cats.   She recognized other cats as fellow beings in the home, 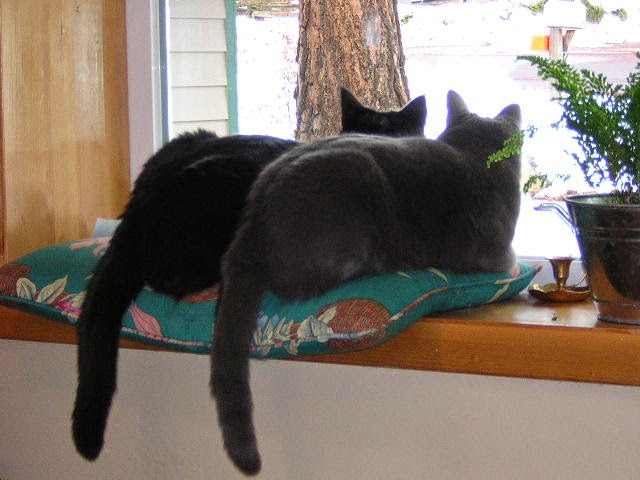 and even adopted small waifs when they arrived in her house. 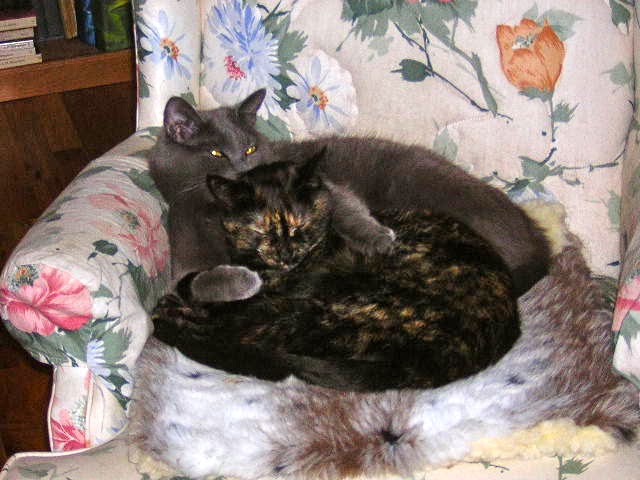 But she was eldest, she was first, and she never quite belonged with the common herd.   She was pretty sure she was one of us -- 'us', as in human, rather than 'them' as in feline.

When she came to us, she was a tiny silvery gray fireball, feisty, hot-tempered, anti-social, and supremely athletic.   Saying 'no' to her was often followed by the sight and feel of tiny claws and teeth digging into one's legs in a full-on angry attack.   A Scots friend who was visiting during Ariel's early months with us was heard to refer to her as 'the little monsterrrrrr'.  Oh, she had a temper.   To be honest, the two of us often clashed in a battle of wills -- both of us bossy, controlling females who didn't like being told what to do (or not being obeyed).

When she wanted to escape the scene, she found a perch out of reach 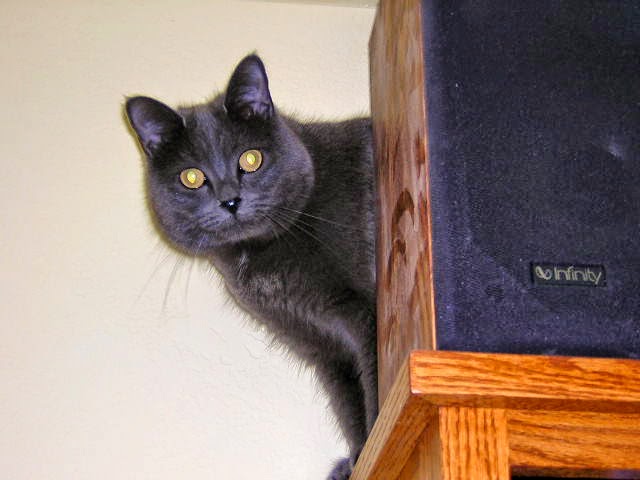 but in later years was always ready with a cheery greeting, her little special double 'meow-wow', uttered on a friendly, questioning note.

When she eventually mellowed, she occasionally blessed one of the resident humans with a short visit 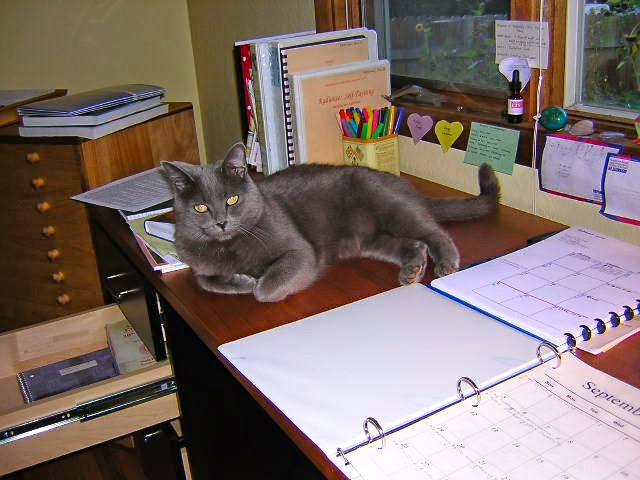 to desk or lap.  She never stayed long, but she wanted us to know we were part of the same family.

She loved boxes of course, both large 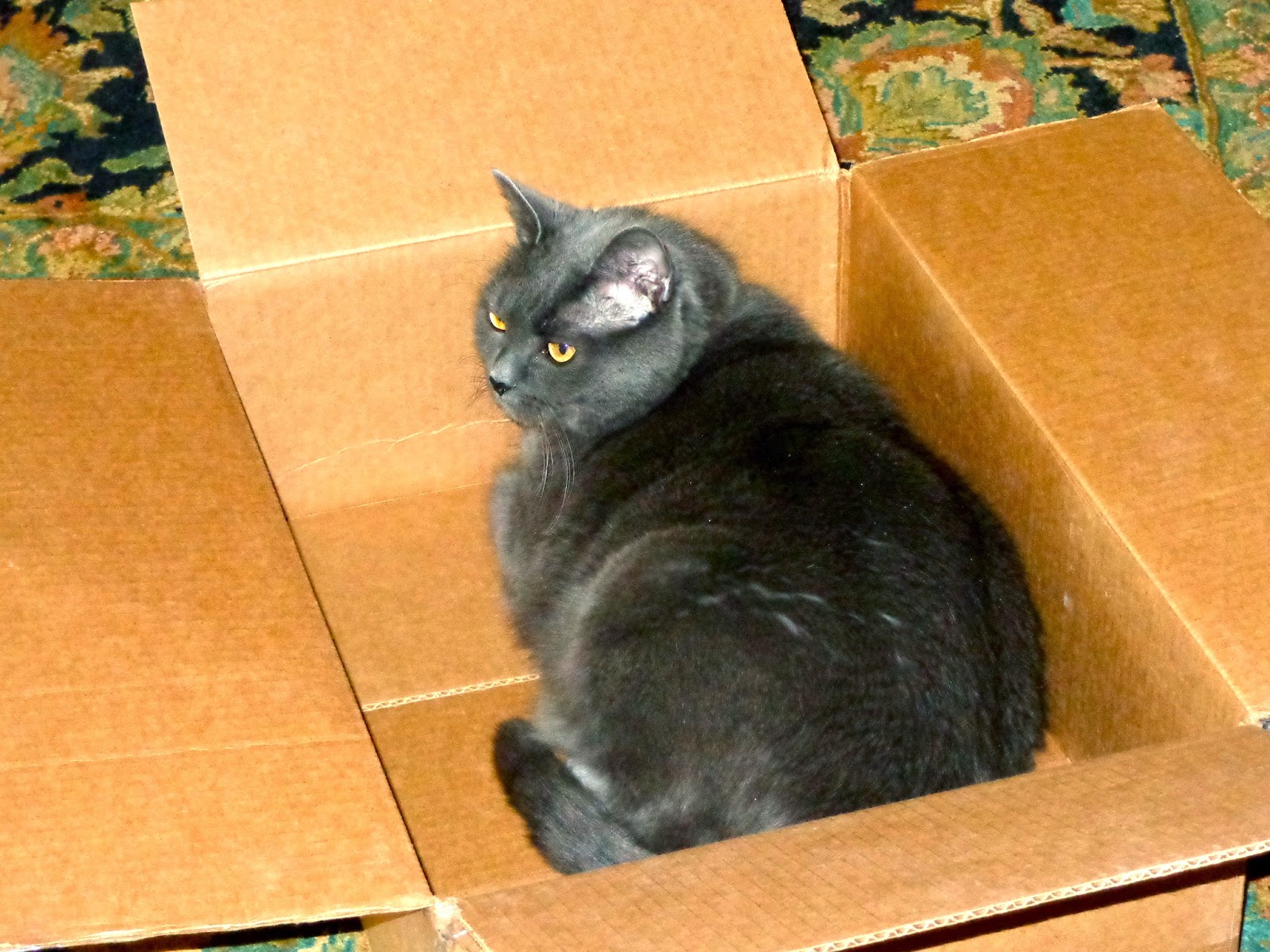 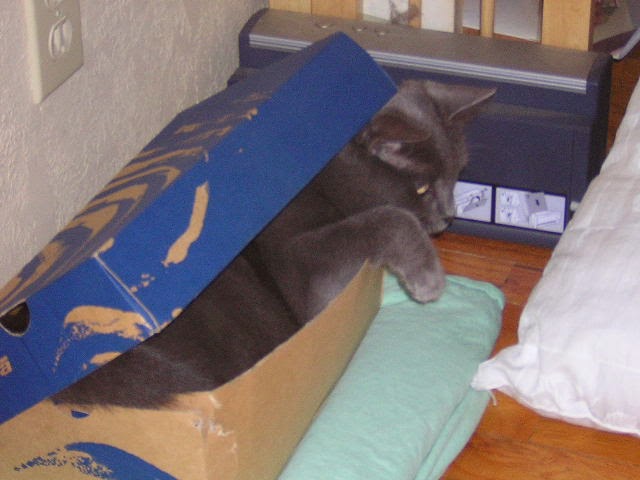 and of course Christmas was a favorite time of year! 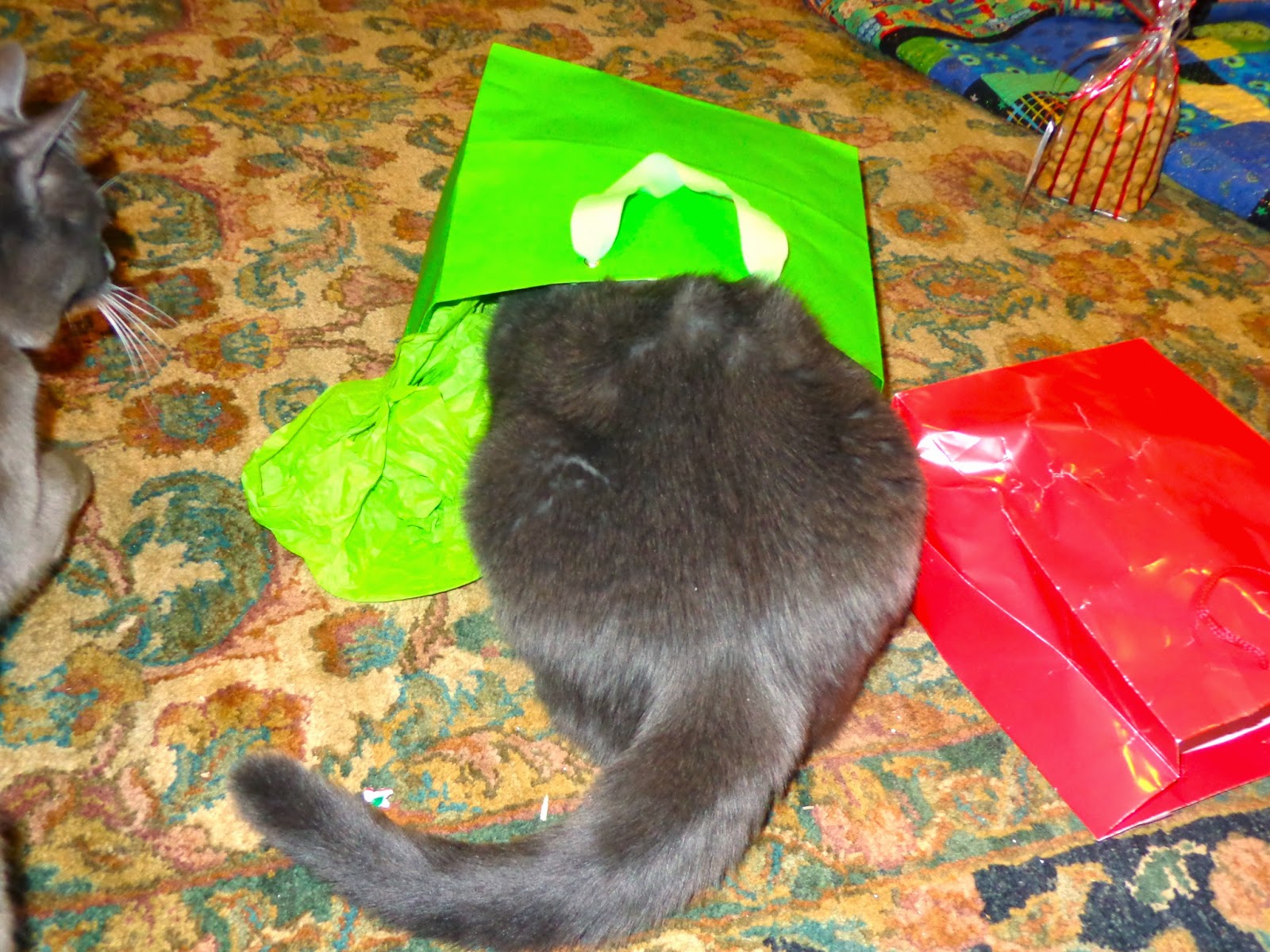 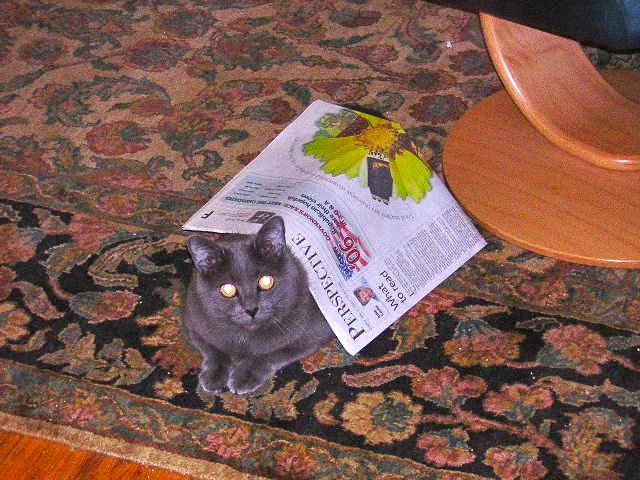 was usually followed by frenzied shredding.   Ariel -- no!

She adored shoes and laundry baskets, the smellier, the better 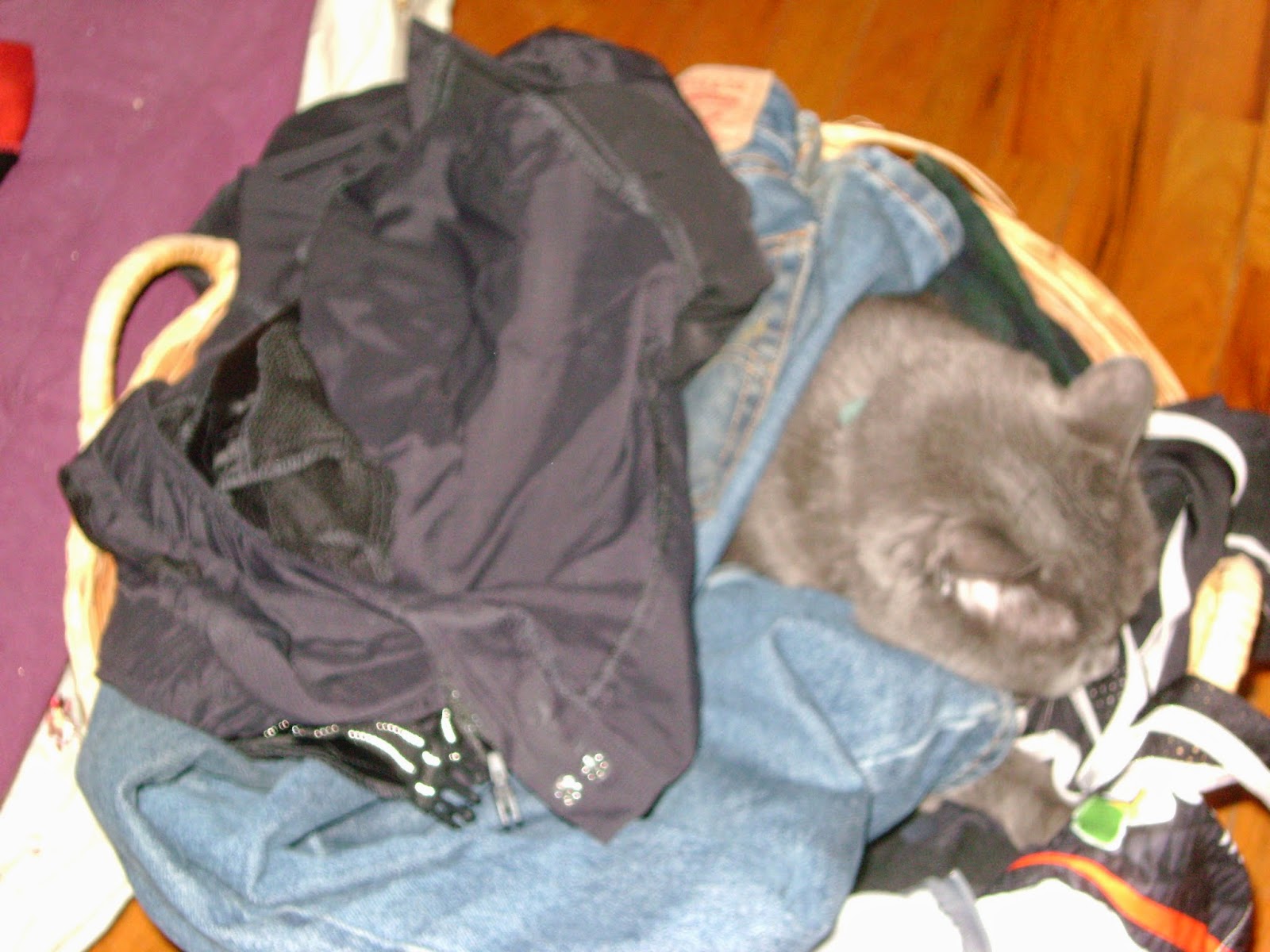 She figured out how to open the French doors 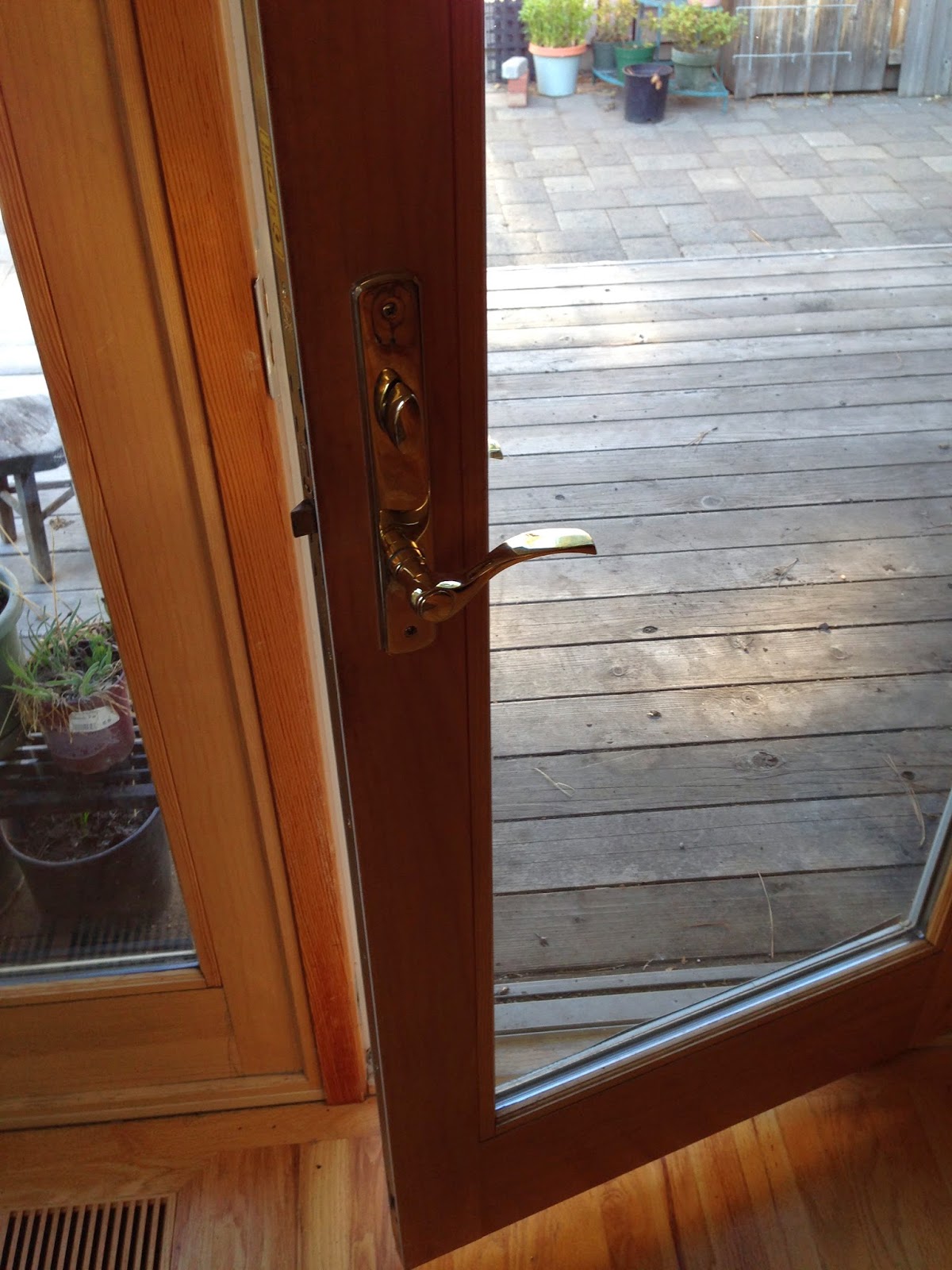 by watching us.   We had to keep it locked from then on, otherwise we risked returning home from an outing in midwinter and finding the living room door standing ajar.

The other doors had to be opened by us, and she was always ready to go out early in the morning for a wee jaunt around the premises. 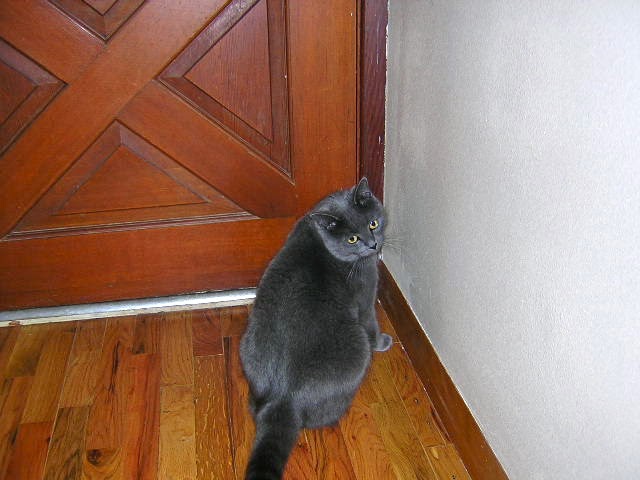 In the end, that morning puttering was her undoing.   Wednesday morning she was attacked by two coyotes, new to the neighborhood, and was fighting them off, hard, under a neighbor's window.   The wonderful neighbors scared off the coyotes and took Ariel to the emergency vet, and for a while there it looked like she was going to be alright.   She had surgery Thursday afternoon, and the vet was optimistic Ariel was doing well and would make a full recovery.   She even told us we might be able to bring her home yesterday.   Sadly, though, she didn't make it through the night.   In the wee hours yesterday morning, she gave up the fight and came home to us in a much different way than we had expected.

She was beautiful, she was quirky, she was a friend and she did things her own way.   We miss her and are feeling that double pull of conscience (that we let her outside into a world much larger than a small cat knows) and gratitude for the thirteen years we had with her, knowing she came to us a wildcat and left a happy member of a loving household. 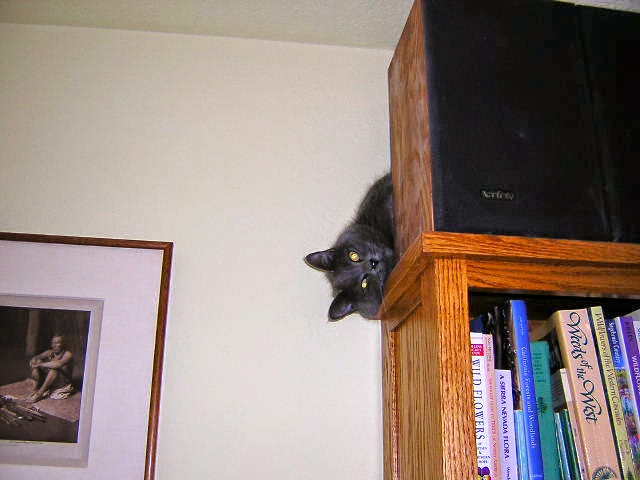