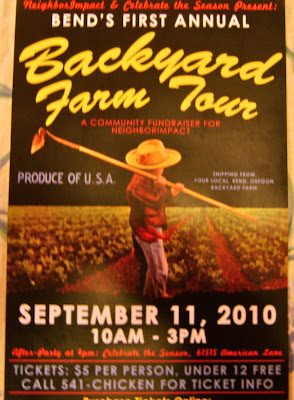 We did it! From 10:07 am to almost 4:00 pm (45 minutes over) they came -- young, old, and every age in between ..... newbie gardeners, experienced gardeners, and nongardening relatives of local residents visiting from Kansas ...... Central Oregon oldtimers and newcomers....... new friends and old. The backyard farm was toured and admired by -- I don't know, really, I lost count after the first 10 .... maybe 75-100 people! People actually asked if it was ok to take photos. Are you kidding? I was honored that anyone would want to take pictures of my garden.

It was SO FUN I could hardly stand it. I've never opened my garden to visitors before, and I was a bit nervous about it. But once we started, I had a ball. I got compliments on my signage 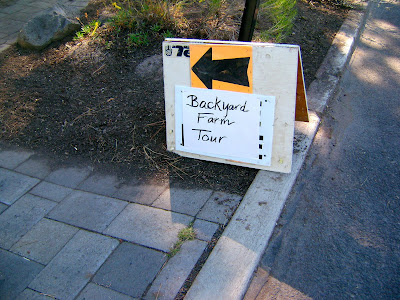 my display of books, catalogs and gardening resources 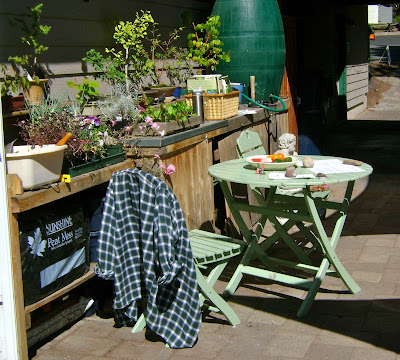 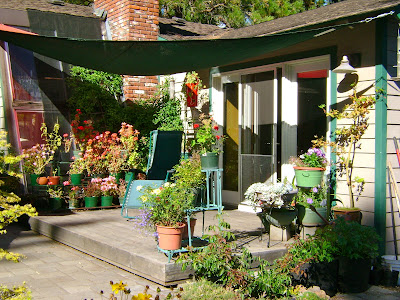 Many visitors were interested in my fruit trees -- but all politely refrained from sampling.
Oddly, I had more questions about this plant (behind the green 'fence' on the right) 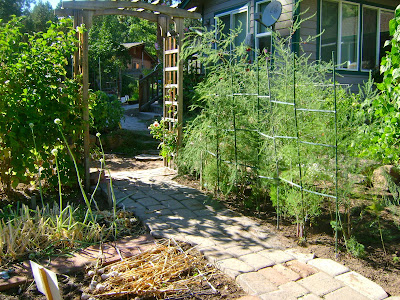 than anything else in the garden. 'What is that ferny plant with the red berries?' they wanted to know. Apparently a lot of people who buy fresh asparagus don't realize that what they are eating is the first spring growth of a perennial plant, and it grows out after cutting stops, into a lovely ornamental. Here it is, fully leafed out, and restrained behind a 'fence' to prevent it from flopping across the path. After frost, it will turn a beautiful orange-yellow, making it a nice backdrop to flowers or other vegetables.. 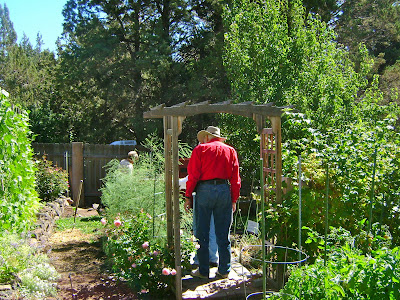 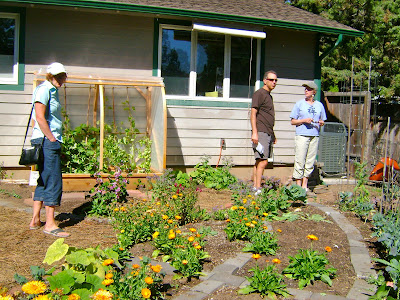 I made a few signs. 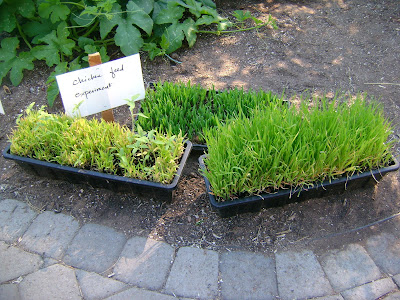 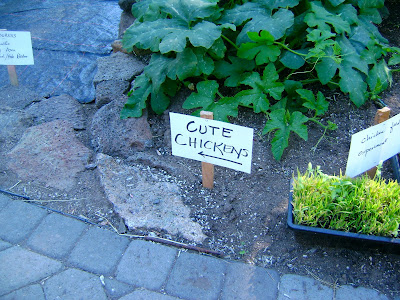 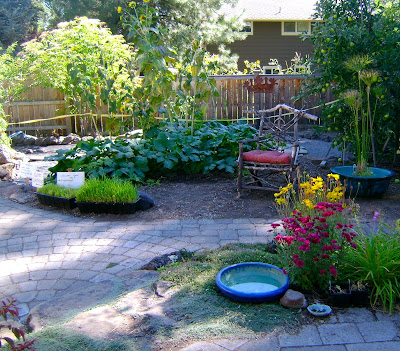 After it was all over, I strolled around the yard and tried to see everything from an outsider's perspective. I tell ya, the garden itself was proud and smiling, The whole place was ....... shiny! Plants love to admired as much as the next person. I think they want me to do it again. Whew. Until then I'll be resting and planning. 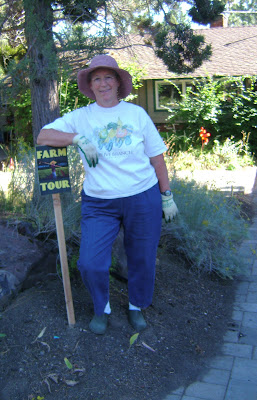