After living for nearly 40 years in the same house, we are woefully out of practice for moving, or even buying a new one.   The world of real estate has changed drastically in all that time, and so have we.   Were we just young and dumb, back in 1974 (well, yes), and lucky (probably), when we found our first home through a classified ad in the newspaper?  And the owner sold it to us for a song AND carried the contract?  And when we moved into our present house 4 years later, the fact that it was filthy, unloved and battered didn't faze us -- we were young and strong and frisky and enjoyed fixing it up.  And we could afford it -- always a plus.

Now, as two people perilously close to qualifying for the term 'senior citizens', we began our search for a new home with a rather vague list of 'things we want in our next house if we ever do get around to moving someday' that soon crystalized into a very short list of requirements containing several seemingly mutually exclusive items:

1.    New -- when we fell in love with a couple of small houses on the tour, which we could actually afford, we realized we were also in love with the idea of brand new plumbing, up-to-the-minute super energy efficient design and building, new roof, new floor, just ..... new.

Neither of us has ever lived in a brand new house in our whole lives, and suddenly we craved it. After spending so much time in older houses ourselves, and after much visiting with friends in the UK who live in houses much older, 2.   Small, but with a living room big enough for a 7 ft grand piano.   You'd be surprised how few houses have that much space -- which I naturally think is odd.   Who doesn't want/need a grand piano in the living room?    Or better yet, two? 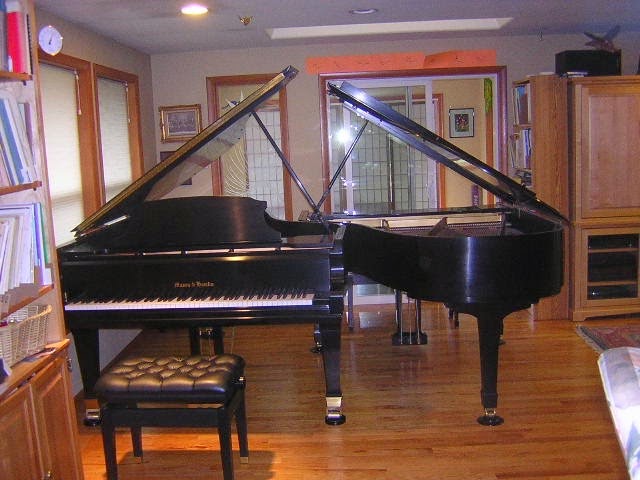 Not too surprisingly,  small houses tend to have small living rooms, and houses with big living rooms tend to be, well, big.  Bigger than we wanted, anyway.   This requirement reduced the number of available choices by a good percentage.  Still, we carried on with our list.

3.   A yard large enough for a modest sized garden.  This is where the requirements really start crashing into each other.  Most new houses being built in our town take up every square foot of land legally allowed by the city building codes -- 5 feet on each side, I think, and what yard there is, is mostly in the front.  Most new houses seem to butt right up against the back of the lot, with another house just beyond the fence.

Not for me -- I need a decent-sized space in the front, and room for a real garden in the back.   I'm not going to quit gardening, I just want a modest place in which to grow some tomatoes and flowers.  Putter.  Throw dirt around.  With bambi-proof fencing. 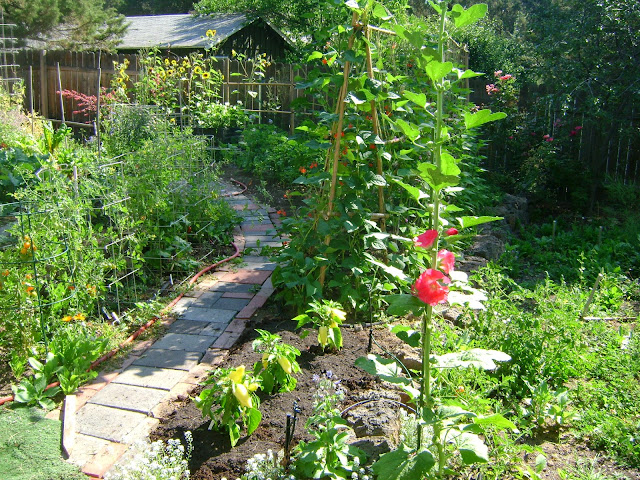 The number of houses that met our requirements just shrank to almost zero.

4.    Single story.   Although I grew up in a single story house, I always fantasized about living in a two-story house, like I saw in books and movies.   Child of California that I was, I thought they were romantic and old-fashioned.   Now, though, I see the advantages of not dealing with stairs.   We are still hale and hearty, but I have grown accustomed to the ease of having everything in a two-dimensional plane, and honestly, I don't like the idea of having to install one of those funky stair elevator chairs for old people if we ever get, um, old. 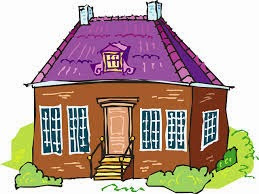 In the interests of finding a place with all of our other requirements, though, we decided we could deal with a second floor if necessary to achieve our other goals.  And most homes, even new ones here, have two stories.   Builders continue to assume their target home buyers are young couples with families.   We know they are behind the times -- there is an emerging cohort of buyers who are Boomers, doing just what we are doing:  downsizing, simplifying and looking for single story homes.

5.   And probably the most important factor overall, we want to stay on the west side of town, where we have lived all of our 41 years in this town.  Unfortunately, so does everyone else.   It is the 'cool' part of town, for everyone from young hipsters to yuppies to wealthy retirees from L.A. and elsewhere.

Houses in this area are relatively much more expensive than anywhere else in town.  So our modest home buying dollars will not go as far here as we would like.   Plus there are relatively few new houses.  This is the original residential area and since our town is relatively young, that means the bulk of the older houses are early 1900's Craftsman-style bungalows.  I love the word 'bungalow', don't you?   But these houses are mostly small and of course, being over 100 years old, thus don't qualify for our 'new construction' goal. 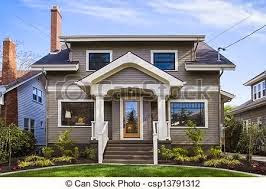 So we had our list, and we started looking at a few -- very few -- houses after the home tour.  Most had only two or at most three of our required elements.   All along, we had a couple of options in our back pocket:  two small houses we had looked at on the tour that seemed doable.   By the end of the summer, they were looking more and more like our only options, other than staying put.

Meanwhile, the gardener was panicking -- I can't leave this garden!   I've put my heart and soul into it.   I have grown up in it -- as a gardener and as a person.  It is full of beloved plant friends, and plants given to me by beloved human friends.  My Arrowleaf Balsamroot plants that I started from seed 8 years ago might be going to bloom this year for the first time...... all the native perennial flowers I planted in the 'desert woods' section three years ago are going to start looking big and impressive this year ......... my amazingly fertile and loamy soil, hand-built over 40 years of composting .... my mature fruit trees .... my greenhouse!!! ... my roses!!!

In short, despite my authentic enthusiasm for the move on one level, in my deepest, darkest, most fertile earth goddess soul, I was a wreck.
Posted by Unknown at 10:25 AM